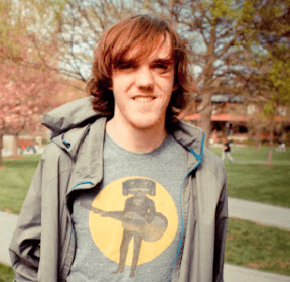 Kevin Paul Seltzer, a  junior at Loyola University Maryland, has received a $7,500 scholarship from the Barry Goldwater Scholarship and Excellence in Education program, which honors students from across the U.S. who have intentions to pursue careers in mathematics, the natural sciences or engineering, according to information from the Baltimore university.

He was a Goldwater scholarship honorable mention in 2012, according to information from Loyola.

“There’s a tendency in society to see science just in terms of technology, but that’s never been how I’ve seen science,” said Seltzer, a physics and mathematics double major, in a statement. “It’s really a way of thinking about the world, and I firmly believe that’s what makes science so useful to people because it allows us to step back and say, ‘OK, there are certain problems in the world and if we use a logical process, that scientific method, we can get a definitive answer.’ ”

At Loyola, Seltzer has completed two Hauber Summer Research Fellowships, during which he conducted research on the Casimir effect, an attractive force experienced by two uncharged metal plates when they are placed close together. Casimir effect research is critical to ensuring that components of nanotechnology are structurally sound, according to information from Loyola.

The Goldwater scholarship program was authorized by the U.S. Congress in 1986 to honor Senator Barry Goldwater, who served for 56 years as a soldier and statesman. The creation of this program fosters and encourages excellence in science and mathematics and provides a continuing source of highly qualified individuals to those fields of academic study and research, according to information from Loyola.  Up to 300 scholarships are awarded annually.

After Seltzer graduates in 2014, he plans to pursue a Ph.D. in theoretical physics and hopes to teach and conduct research at the university level, according to information from Loyola.

“I want the opportunity to inspire young people to feel the same way I do about science,” Seltzer said in a statement. “I’m confident this award will help me get there.”