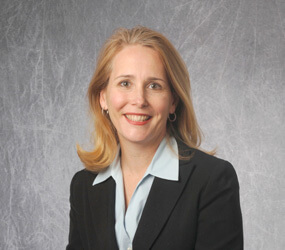 Loyola College in Maryland’s community is coming to terms with the death of Kelly Murray, associate professor of pastoral counseling, and her 7-year-old daughter, Sloane.

Both died in a June 26 auto accident.

“Besides being a loving wife and mother of six beautiful daughters, Kelly was an outstanding teacher, an accomplished scholar and an innovative psychologist,” Jesuit Father Kevin Gillespie, chairman of Loyola’s pastoral counseling program, said in a statement.

“How she was able to do so much for so many people in a very competent way often baffled those of us who collaborated with her,” he added. “It is a profound loss for all who knew her and were recipients of her life, laughter and love.”

Murray arrived at Loyola in 2001 and later served as a co-director of Loyola’s Certificate in Spirituality and Trauma program, which is based on its campus in Columbia.

She also founded GirlsUP, an organization that seeks to provide opportunities to improve a girl’s sense of self so she can meet life’s challenges.

“Dr. Kelly Murray was a remarkable member of the Loyola College in Maryland family – a dedicated teacher, a valued colleague and a true leader in a field, pastoral counseling, that is essential to Loyola’s mission,” said Jesuit Father Brian F. Linnane, Loyola’s president.

A funeral Mass will be held at The Shrine of The Most Blessed Sacrament Church in Washington, D.C. July 1, at 10 a.m.