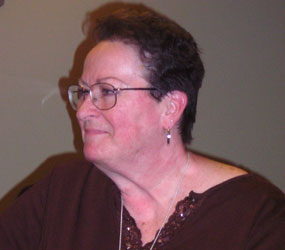 The voice of The Catholic Review is silent.

Melba Burnett, longtime Catholic Review receptionist, died May 20 after a battle with cancer. A funeral Mass was offered May 24 at St. Elizabeth of Hungary, the Highlandtown parish Burnett had called home for all of her 69 years.

Medinger hired Burnett, a former secretary at her parish, to work in the circulation department in 1998. She would later become the newspaper’s receptionist before serving as editorial assistant.

Medinger noted that Burnett had a sympathetic way of dealing with all kinds of calls, even angry ones.

“Melba always had a way of calming people and getting them the assistance they needed – and she was dogged about it,” Medinger said. “Sometimes if you didn’t return a phone call, she’d ask you why you didn’t. She had great respect for the people who were looking for our help.”

One of Burnett’s responsibilities was keeping track of prayer requests that readers mailed to The Catholic Review. As a woman of deep faith, Medinger said, it was a duty she relished.

“Melba was a great pray-er,” Medinger said. “She had a prayer list. If you got on it, it was amazing how things would happen.”

“There were a lot of hugs and kisses and a lot of ‘I love yous,’” Stender said.

Suzanne Molino Singleton, former staff writer for The Catholic Review, said her friend had a genuine concern for others. Once, when Singleton’s car was towed, Burnett insisted on taking her to the impound and staying with her until Singleton was safely in her car.
“Marvelous Melba was a wonderful guardian angel that day,” Singleton said.

Those who knew her said Burnett never complained about her illness. She always tried to lift spirits.

“She knew she had a difficult circumstance, but never made other people suffer with her,” Medinger said. “Her courage in the face of overwhelming odds was a testament not only to her faith, but to the kind of person she was.”