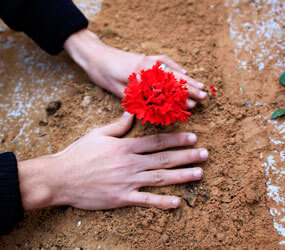 VATICAN CITY – After five nights of listening to bombs exploding, the apostolic vicar of Tripoli, Libya, said it is time for the African Union to try to mediate an end to the violence.

“I have trust in African wisdom to resolve the crisis,” Bishop Giovanni Martinelli of Tripoli told Fides, the news agency of the Congregation for the Evangelization of Peoples.

“The Europeans are wrong to think they can resolve this with bombs. Let’s allow space for mediation by the African Union,” the bishop told Fides March 24.

U.S., British and French military began airstrikes March 19 to weaken leader Moammar Gadhafi’s military forces and their ability to retaliate against pro-democracy activists and innocent civilians. After the initial air raids, the U.S. government said European and NATO forces would take control of the operation.

Bishop Martinelli said the nighttime bombings mean it is difficult to sleep, “but we keep going. What is really worrying is the situation of the African refugees (from other countries) who continue to knock on our doors hoping that the church can help them get to Europe.”

The bishop said the only thing the church can do is encourage them to go to Tunisia, where international organizations are on hand to help refugees.

A boat with 400 asylum seekers attempted to sail from Libya’s coast to Italy but had to turn back almost immediately, he said.

“They said there was a problem with the motor,” but it likely was a ruse to “extort extra money from these poor people,” the bishop said.