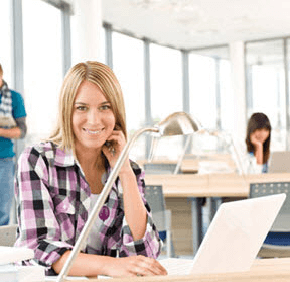 By Erik Zygmont
ezygmont@CatholicReview.org
Twitter @ReviewErik
FULLERTON – Like several parents of eighth-graders at St. Joseph School in Fullerton, Noula Koukides is thrilled to send her daughter to her own high school alma mater, but she sees an even more meaningful connection.
“We try our best to be able to send our kids to Catholic school, because as parents we believe God should be in the schools,” said Koukides, whose daughter, Eleni, will attend Mercy High School in Baltimore.
While Koukides, a Mercy graduate, moved to Greece to marry her husband, her family’s affinity for the school never left.
After they moved back to the Baltimore area, they sent Eleni’s older sister to Mercy. Eleni believes she will thrive there, too.
“It just seems like a really nice community,” she said.
Eleni’s classmate, Ashley Jensen, will also attend her mother’s high school – which happens to be Mercy – and hopes to use the school as a springboard to launch a medical career, possibly in veterinary medicine.
“Everyone was so nice and welcoming there,” she said of the school.
Baltimore connections also triumphed for the Davis family. Their son, Jack, was baptized at St. Joseph. After a decade in the Midwest, the family returned in time for him to conclude middle school at St. Joseph. In the fall, he will go to Archbishop Curley High School in Baltimore, following in the footsteps of his father, Rich.
“I had always told them (Jack and his brother) about me going to Curley,” the elder Davis said. “The friars there enforced discipline but it was a good atmosphere for learning – a place you could thrive in.”
Jack said that his future high school “seems like a great environment to play my French horn and do some other things I’d like to do, like play chess.”
The Berg family has built a dynasty at Calvert Hall College High School in Towson. John Berg (class of 1960) sent his sons Kevin (1984) and Jeff (1987) there. Jeff Berg’s son, Michael, is currently awaiting the transition from St. Joseph to Calvert Hall.
“Whenever I go there, I’m always greeted nicely by coaches and teachers,” said Michael, whose family has further ties to St. Joseph as well.
“I have a brother in sixth grade and my aunt works downstairs,” he said.
Melissa Rogers is sending her daughter, Amanda, to The Catholic High School of Baltimore, not only for the family connection, but also for the bonds she will forge with her classmates.
“The friends you make last a lifetime,” said Rogers, a 1988 graduate of Catholic High. “You’re sisters.”
A figurative statement, but for Amanda also literal, as her biological sister is already at Catholic High.
The decision to go there was Amanda’s to make, enabled by St. Joseph.
“St. Joseph is a wonderful, wonderful school and gave her the maturity level to know what she wants to do and where she wants to be,” her mother said.
Michael Pusateri also credited St. Joseph for his daughter’s strong foundation. Carmen Pusateri initially attended private school, but when she transferred to St. Joseph, he said, “she just excelled and became an honor student.”
Carmen will follow his lead and attend Our Lady of Mount Carmel School in Essex. Her father lauds the high school’s “close-knit family atmosphere.”

“Me being Italian, family is a big priority in our life,” he said.

Paula Beres, development director of St. Joseph, said that she is pleased but not surprised that so many students were accepted to their chosen high schools.
“Gail Vernick, our counselor, helps with that,” Beres said. “She keeps them focused and calm through the whole process. If a student has his or her heart set on a certain school, she makes sure that they go in calm and feeling good about themselves.”