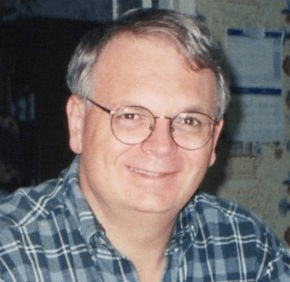 Joseph A. Spadaro Jr., the first chief financial officer for the Archdiocese of Baltimore, died Aug. 24 following a 10-year battle with Parkinson’s disease. He was 64.

John Matera, controller for the archdiocese and a longtime friend, said that during Spadaro’s decade-long tenure as CFO, he transformed operations throughout the archdiocese, bringing much-needed uniformity among parishes and schools.

When Spadaro first took up his newly created position in the late 1990s, Matera said, parishes, schools and archdiocesan departments worked in isolation from one another.

“Inefficiencies, living with avoidable risks and the inability to solve routine problems were the norm,” Matera remembered in an Aug. 28 eulogy delivered at Spadaro’s funeral Mass at Immaculate Conception in Towson and shared with the Catholic Review.

Spadaro succeeded in changing that culture, Matera said. Today, there are common accounting, human resource, payroll and parishioner/student databases employed throughout the archdiocese.

Spadaro came to the archdiocese from EA Engineering, Science and Technology Inc., a Hunt Valley environmental services company he served as chief financial officer. He was so well respected that eight EA employees, including Matera, followed Spadaro to the archdiocese so they could work for him.

“He was a mentor, father-figure to each,” Matera said. “His quiet and patient style was a perfect match for what the archdiocese needed.”

Spadaro grew up in St. Agnes Parish in Catonsville and St. Joseph Parish in Sykesville. He graduated from Mount St. Joseph High School in Baltimore in 1968 and what was then Loyola College in 1972. A longtime parishioner of St. Joseph in Cockeysville and then Immaculate Conception, he served on the boards of several Catholic organizations and was presented the Cross Pro Ecclesia et Pontifice, a papal honor, in 2007.

Married to Sandra Spadaro for 44 years, he was the father of a son, Peter; a daughter, Laura; and three grandchildren. Sandra Spadaro said her husband was a “very gentle person” who was devoted to his Catholic faith, adding, “He knew what was right and what was wrong. He always followed the right path.”

Spadaro’s son said that although Parkinson’s disease forced his father to retire in 2009 and made the last years of his father’s life difficult, “he didn’t complain about it.”

“He was always a caring, giving kind of person,” Peter Spadaro said. “He was very mild-mannered and even-keeled. Nothing ever fazed him.”