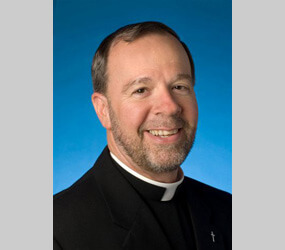 St. Paul will be the focus of this year’s annual John Carroll lecture series at the Basilica of the National Shrine of the Assumption of the Blessed Virgin Mary in Baltimore.

Three nationally known experts on the first-century saint will be featured at the free talks, which begin at 7 p.m.

Paulist Father John Hurley, executive director of the National Pastoral Life Center in New York, will deliver the opening lecture on April 20, “Nurturing the Vitality of Pastoral Life Today through a Pauline Lens.”

Father Frank J. Matera, professor of biblical studies at The Catholic University of America in Washington, D.C., will speak May 18 on “Death Swallowed up in Victory: Paul’s Teaching on the General Resurrection of the Dead.”

Sulpician Father Ronald D. Witherup, the Paris-based general superior of the Society of St. Sulpice, will conclude the series with a June 15 lecture, “St. Paul for the 21st Century: Apostle, Pastor and Spiritual Leader.”

The lecture series coincides with the Pauline Year, a special jubilee year dedicated by Pope Benedict XVI to St. Paul. The Pauline Year began June 28, 2008 and ends June 29 of this year. It recognizes the 2,000th anniversary of St. Paul’s birth.

St. Paul was born in Tarsus, in what is now Turkey, sometime between A.D. 7 and 10, according to church historians. After his conversion on the road to Damascus, he became one of the church’s foremost evangelizers. Scholars believe St. Paul wrote 13 of the 27 books of the New Testament.