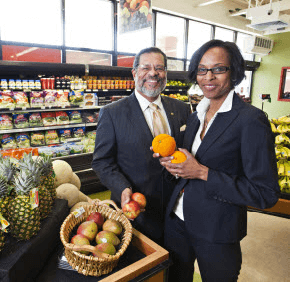 Editorial by Christopher Gunty
cgunty@catholicreview.org
Opportunities abound to see the dignity of human life all around us.
The homeless man in a wheelchair outside the train station, asking for a buck toward a place to stay or a hot meal embodies the right to life, as do the homeless aided by the Arundel House of Hope, a winter shelter that rotates among churches in Anne Arundel County.
So does the young girl in a developing country who cannot get an education. With schooling, she can help lift her family and future generations out of poverty. Without it, she is destined to lack opportunities for advancement, employment and sustainability.
Some elderly folks or those with certain injuries or disabilities are encouraged to consider euthanasia or assisted suicide because their lives no longer have the “quality” they once had. Many who advocate for euthanasia contend a person is not a person if they don’t act like the rest of us. There are even some who say that dolphins, elephants and chimps might be more of a “person” than a human baby or a human adult who cannot sustain himself or herself.
Dr. Seuss’ Horton might disagree: “A person’s a person, no matter how small.”
The victims of unbalanced gunmen – whether in a Connecticut school, an Arizona shopping center parking lot, a Colorado movie theater or a mall in our own Columbia – all matter when we talk about the right to life. We might ask, as many have, “Who would think of heading to the mall on a Saturday morning to shoot people?” Clearly, such thoughts are in too many a mind, and guns are too easy to acquire. What is unthinkable to us comes to fruition in the minds of someone who is mentally ill, who lacks a moral compass, or is just plain evil.
In a talk to members of Catholic lay movements in May 2013, Pope Francis decried the lack of value for others. “Today — it sickens the heart to say so — the discovery of a tramp who has died of the cold” or that a great many children do not have food to eat is not news, he said. “This is serious, this is serious! We cannot put up with this! Yet that is how things are.
“We cannot become starched Christians, those over-educated Christians who speak of theological matters as they calmly sip their tea,” the pope challenged. “No! We must become courageous Christians and go in search of the people who are the very flesh of Christ, those who are the flesh of Christ!”
Courageous Christians include those who brave the cold or snow every January and travel to Washington, D.C., for the March for Life. For 41 years now, the crowd of thousands has borne witness to the sanctity of life. Focusing especially on the unborn and the most vulnerable, the march highlights threats to human life in many sectors of our society.
Courageous Christians include those who adopt “unwanted” babies or help new mothers with clothing, counseling and baby supplies.
Courageous Christians include the tireless volunteers who prepare parish halls to welcome the homeless and who cook meals for them. It includes the staff members and volunteers at Catholic Charities and St. Vincent de Paul and myriad other groups that reach out to “those who are the flesh of Christ.”
Pope Francis reminds us that Jesus reached out to touch those who came to him – he touched the eyes of the blind man and touched the leper. Francis asks us to look in the eyes of the homeless person we help, to touch the hand of the sick and the lonely.
Our society has become poor – not necessarily poor in resources but poor in ethics, poor in love, poor in morality. This poverty decreases the value of human life while it increases the value of material things. “If we reach out to the flesh of Christ, we begin to understand … what this poverty … actually is; and this is far from easy,” the pope said.
It is not easy, but it is our duty, as courageous Christians.
To read more of Christopher Gunty’s columns, click here.
PrevNext