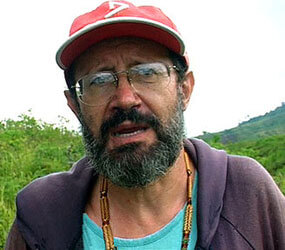 ARAKAN, Philippines – An Italian priest doing mission work in a remote area of the southern Philippines was gunned down inside the compound of Mother of Perpetual Help Parish in Arakan, said a local official.

Father Fausto Tentorio, 59, of the Pontifical Institute for Foreign Missions, was shot dead by a lone gunman Oct. 17 as he was about to board his pickup truck at around 7:30 a.m., said town councilor Leonardo Reovoca. An autopsy report said he was shot eight times.

The Asian church news agency UCA News reported that Reovoca said Father Tentorio had been an active law and order campaigner in Arakan and recently was appointed as head of a civilian anti-crime task force in the town.

“I am a witness to Father Tentorio’s strong stance against mining and other projects which are not sustainable and would harm and affect the indigenous peoples, in particular,” he said.

UCA News reported the murder was immediately condemned by the Diocese of Kidapawan, church groups and environmental organizations in the country.

“This is really heinous. We’re so sad and shocked that this killing happened in broad daylight,” said Kidapawan Bishop Romulo de la Cruz.

The suspect was wearing a crash helmet and made his escape by walking away casually from the scene to a nearby motorcycle, Reovoca said.

Father Giovanni Re, PIME Philippines regional superior, said Father Tentorio had escaped attempts on his life by paramilitary groups in the past, “but this is a bit of a surprise for us because the situation here has been quiet for some time.”

The Moro Islamic Liberation Front also condemned the killing, calling it a sign of degeneration of morality and spirituality in the country.

“What we really want is for authorities to act swiftly so that justice for Father Tentorio’s death would be achieved,” Bishop de la Cruz said.

Father Tentorio first arrived in the Philippines in 1978 and served in Zamboanga Archdiocese.

PIME Father Tullio Favali was killed in 1985 while serving as parish priest in the same province, North Cotabato.