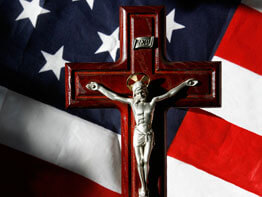 WASHINGTON – Across the country – in group discussions, adult education programs, diocesan conferences, DVD presentations and Sunday Mass homilies – U.S. Catholics are taking a close look at the bishops’ 2007 document intended to help Catholic voters form their consciences on a variety of issues.

Even though there is a push to review the document, “Forming Consciences for Faithful Citizenship: A Call to Political Responsibility,” during the election season, many Catholics do not plan to put it aside after Nov. 4.

“Voting isn’t the end of being a faithful citizen. It’s really about continuing to advocate for our visions and values,” said Barbara Budde, director of the parish social ministry office of Catholic Charities in the Diocese of Austin, Texas.

“As a matter of fact, we’re starting to turn our attention toward after the elections,” she told Catholic News Service Sept. 26, noting that Catholic leaders are making sure people are knowledgeable about issues that might come up in the Texas Legislature and in Congress.

Four years ago, Catholic leaders in Austin were urging people to vote and conducting frequent parish voter-registration drives. Now, Budde said, with voting in place the current focus is on “forming consciences.”

Although “Faithful Citizenship” was first published in 1975, the bishops produce a new version of it about every four years to coincide with the national elections. The document for the 2008 election was overwhelmingly approved by the bishops last November.

Since then, Joan Rosenhauer, associate director of the U.S. Conference of Catholic Bishops’ Department of Justice, Peace and Human Development, has been giving talks about the document across the country. In various workshops and group discussions, she said, she has seen how Catholics are “taking very seriously the bishops’ message that forming one’s conscience is critical as we make decisions in political life.”

Ms. Rosenhauer said the document’s emphasis on having a well-formed conscience seems to “strike a chord with many people.”

Corbin, who spoke to CNS from New Orleans Sept. 25, while attending an annual gathering of Catholic Charities USA, said the material in “Faithful Citizenship” is “the teaching of the church, not “someone’s take on the teaching of church.” He also stressed that it’s not just meant to be looked at only during election time.

“The document has a deep life of its own,” he said, that should not just be “dusted off every four years.”

As he sees it, “Faithful Citizenship” provides “good formation” and is an “ongoing teaching tool” that people need.

“I sense a real hunger from people to really think about these issues,” he said.

Therese Brown, associate director for marketing, sales and service at USCCB Publishing, said “Faithful Citizenship” has already sold more copies than it did four years ago. As of late September, 1.7 million copies of the document and its summary version had been sold in English and Spanish, compared to 1.3 million total copies in 2004.

Ms. Budde praised the document for “getting the issues Catholics care about in front of the Catholic population,” and she also was pleased with its emphasis on conscience formation. She hopes it will “energize people across the political spectrum” about the full breadth of Catholic teaching with its “consistent ethic of life from birth to death and everything in between.”

She said “Faithful Citizenship” is “uniting Catholics, whatever their passions may be: from ending abortions to greater access to health care or ending poverty. Politicians may split these issues,” she said, “but we don’t.”