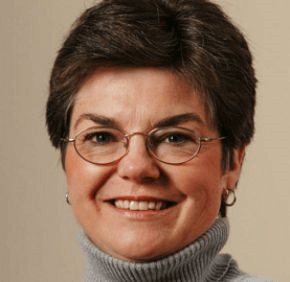 I once surprised a Lutheran minister who was a good friend of mine when I said that I admired Dietrich Bonhoeffer, the Lutheran theologian martyred in Hitler’s Germany, so much that I sometimes prayed for his intercession.

Most Protestants do not pray to saints in the sense that we Catholics do. They admire them and try to emulate them, of course, but in the Reformationour Protestant brothers and sisters rebelled against abuses surrounding saints. Some abuses included selling saints’ body parts, genuine or fake, for profit, with magical qualities sometimes ascribed to them. It was out of control.The Reformers had some good points, but when they threw out the statues and the novenas, I think they threw the baby out with the bathwater, as the old saying goes.

My Lutheran friend, a great Bonhoeffer admirer, said some Protestant theologians were re-examining the concept of prayer to saints.

In Jesuit Father James Martin’s book “My Life with the Saints,” he discusses his favorite saints and how they’ve entered into his life in a personal way. Each of us could probably write a similar book, but we’d choose different saints and have different relationships with them. But that’s the key – not to admire saints from afar but to find a person in our community of saints with whom we feel at home and with whom we have rapport.

For me, that idea of community is key. I need to feel in communion with people – both living and dead. That’s part of our Catholic heritage that some people find difficult to accept. Being “in communion” with people who have gone before me like Bonhoeffer, like Blessed Oscar Romero, St. Ignatius of Loyola, and Dorothy Day helps me to join in communion with those walking the journey alongside me.

Being an admirer of saints doesn’t take you away from this world – it helps you to see the holiness and the struggle of others. Day once said, “Don’t call me a saint. I don’t want to be dismissed so easily.”

She meant that we have a tendency to put saints on pedestals and make their lives and ideals unattainable. We ascribe to them a perfection that no human being can reach. This removes them from our nitty-gritty world.

But, like us, saints struggled with prayer and with deciphering God’s will. They made mistakes. Day had an abortion in her early life. Before his commitment to Christ, St. Ignatius of Loyola was a ladies’ man who fantasized about performing military heroics to impress women.

Sometimes we imagine saints, like Paul on the road to Damascus, having a fantastic conversion moment that put all of those issues behind them. But for most, life’s long hard struggle brought them to Christ.

St. Teresa of Avila once said, “Life is like a night spent in an uncomfortable inn.” That saying has helped me more times than I can remember. When I’m struggling, when I’m feeling guilty for not being as grateful or as happy as I should be, when I fail, I think of Teresa.

Anyone who could muse about life in that way wasn’t always walking around in ecstasy. Sometimes she was fighting life’s hardships and hassle.

Struggle, not otherworldly holiness, brings me into communion with Teresa, a real person, not a plaster statue.