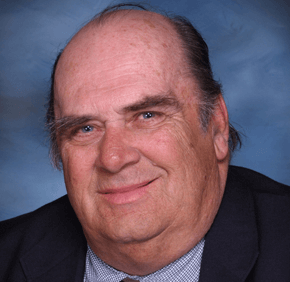 By Elizabeth Lowe
elowe@CatholicReview.org
Twitter: @ReviewLowe
Al Frank, a history teacher at Archbishop Curley High School from 1962 to 2003 and the Friars’ baseball coach from 1963 to 2004, died from pulmonary disease, heart and respiratory complications July 6. He was 74.
A funeral Mass was to be offered July 10 at the Northeast Baltimore high school.
Frank was 546-423 during his coaching career, and in 1997 he was named to the Maryland State Association of Baseball Coaches Hall of Fame.
During his tenure at Archbishop Curley, the Friars won six Maryland Scholastic Association and Maryland Interscholastic Athletic Association A Conference titles.
Conventual Franciscan Friar Joseph Benicewicz, president of Archbishop Curley and a 1978 graduate of the school, called Frank “a very dedicated teacher and coach for all those years.”
As a coach, Frank was “tremendously dedicated to teaching and taught the game the way the game is meant to be played,” said Father Benicewicz, who was to preside at Frank’s funeral. “His players would say it was certainly about what he taught them about the game of baseball but also about how to live their lives.”
Frank’s classroom, room 216, “was his castle,” said Richard Patry, who taught and coached at the school from 1963 to 2001. “That’s what we called his classroom because nobody else was allowed in there. The school meant everything to him and me.”
“Baseball was his (Frank’s) life, that was it,” Patry said. “He lived for it, really.”
Tim Norris, a 1978 graduate of Archbishop Curley who played baseball for Frank as a student and later coached baseball with him at the school from 1997 to 2001, said “anyone who has come in contact with Al is a better person,” because of knowing him.
“He was a bear on the outside but deep down he was a little pussycat once you got to know him,” Norris said.
Frank, a Catholic and Glen Burnie resident, is survived by his wife Mary, two children from a previous marriage and five grandchildren.
PrevNext