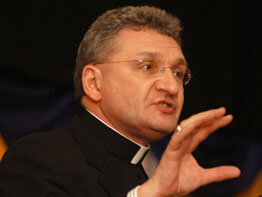 APPLETON, Wis. – A Catholic schoolteacher who claimed she was illegally fired in 2004 for undergoing in vitro fertilization treatments dropped her discrimination suit Aug. 27 following a settlement in which the terms were not disclosed.

Kelly Romenesko, who taught French at St. Joseph Middle School and Xavier High School in Appleton, was fired in October 2004 after school officials found out she had become pregnant through in vitro fertilization – a fertility treatment that is against church teaching. She was told the treatment violated her teaching contract which stipulates that teachers must uphold Catholic teaching.

Romenesko, who gave birth to twin girls in March 2005, filed a complaint in July of that year with the equal rights division of the state Department of Workforce Development, alleging discrimination by the Appleton Catholic Educational System/Xavier, a consolidation of Catholic schools in Appleton. In a hearing the following year school officials denied discrimination, but earlier this year a judge said there was probable cause that the school system discriminated against her.

She dropped the case the day before a three-day hearing was scheduled to review the case. Although the terms of the settlement have not been disclosed, an attorney for the school system told reporters that Romenesko’s settlement, meant to pay attorney fees and cover loss of earnings, did not come from the Diocese of Green Bay or the school system.
A letter signed by Romenesko and presented prior to the hearing said she had concluded that the firing had not violated her legal rights.
After the settlement was reached, Green Bay Bishop David A. Zubik said in a statement that he was “grateful that this matter has been resolved.”
“While the practice of in vitro fertilization is contrary to the teachings of the Catholic Church, children born through this procedure must always be loved by us as they are loved by God,” he said.