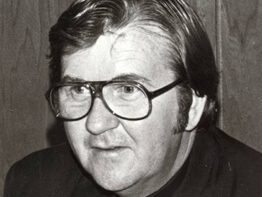 A funeral Mass for Father Richard Timothy Sadlier, S.S.J., was celebrated Sept. 8 in Rhode Island and a memorial Mass was celebrated Sept. 6 at St. Joseph Manor in Baltimore.
Father Sadlier, whose health declined after struggling to repair his parish in Louisiana in the wake of hurricanes Rita and Katrina, died at Gilchrist Center for Hospice Care in Baltimore on Sept. 3 after suffering a broken hip in a fall in August. He was 73.
A Rhode Island native and the third of nine children, Father Sadlier served in parishes in Louisiana, Texas, Alabama Delaware and the District of Columbia.
In Baltimore, Father Sadlier served as associate pastor of St. Pius V in 1963 and associate pastor of St. Peter Claver in 1963 and 1973.
He was serving as pastor of St. Theresa parish in Crowley, La., when the hurricanes hit.