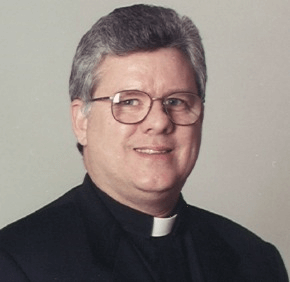 By Catholic Review Staff
A funeral Mass for Marianist Father Joseph Mary Marshall was offered Jan. 4 at St. Mary Magdalen Parish in San Antonio, Texas. Father Marshall died Dec. 28, 2015. He was 61.
After earning a bachelor’s degree in English and holding various jobs in the business world, Father Marshall entered the Marianist novitiate in Dayton, Ohio, in 1984, not long after having a conversation with a Marianist priest onboard an airplane.
He professed his first vows in 1985, and served as a pastoral associate at St. Jerome in Baltimore until 1986. St. Jerome has since joined two other parishes to form Transfiguration Catholic Community.
Father Marshall ministered as a pastoral associate at St. Joseph in Sykesville from 1986 to 1989, earning a second bachelor’s degree in pastoral counseling from what is now Loyola University Maryland during that time.
After his 1993 ordination, he ministered in Massachusetts. The priest traveled to Nairobi in late 1997 and spent six months serving at the Marianist formation house there.
Father Marshall returned to St. Joseph in 1998, serving as the parish’s associate pastor until 2002.
He moved to San Antonio in 2002 to be part of the Brothers of the Beloved Disciple, a Marianist-inspired and Marianist-initiated charismatic community. Although he considered himself a member of the Brothers of the Blessed Disciple, he remained a Marianist.
Father Marshall served at St. Mary Magdalen Parish in San Antonio starting in 2002. He received a diagnosis of bone cancer in 2011, but continued serving throughout most of his treatment.