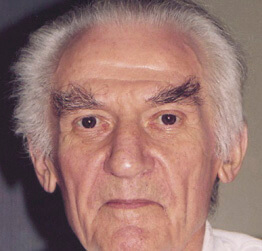 A funeral Mass was to be celebrated Oct. 13 at Seminarie des Missiones in Larue, France.

News of Father Deiss’ death was released by World Library Publications in the Chicago suburb of Franklin Park, which published his earliest works in the United States. World Library once sponsored “Deiss Days” in U.S. dioceses.

Pope Paul VI selected Father Deiss to coordinate the Lectionary psalter following Vatican II.
Father Deiss’ music was in the popular vanguard shortly after permission was granted for Mass to be celebrated in the vernacular in the 1960s. Among his compositions were “All the Earth,” “Keep in Mind,” “Grant to Us, O Lord” and “Priestly People.”

His music was among the first in World Library’s collection to be made available for digital downloading on iTunes and similar services.

Father Deiss’ influence continued long after his compositions were first published. Vince Ambrosetti, an award-winning liturgical music composer who gives concerts and performs at parish missions around the U.S., said he was inspired at age 13 to compose after attending a workshop given by a group of liturgical musicians that included Father Deiss.

Among Father Deiss’ many speaking engagements was the North American Conference on Cultural Awareness in Liturgy held in 1990 in Rome.

At a 1972 seminar at St. Francis College in Loretto, Pa., he said ballet and other forms of dance have a rightful place in the liturgy, but they must be “a form of worship, not a performance.” He co-wrote at least two books on liturgical dance with former Ballet Russe de Monte Carlo ballerina Gloria Weyman.

His best-known compositions were compiled in a series of music books called “Biblical Hymns and Psalms.” Father Deiss also wrote books on liturgical celebrations, including “The Christian Celebration” and “It’s the Lord’s Supper: Eucharist of Christians.” The priest was recognized as a scholar in Scripture and patristics.