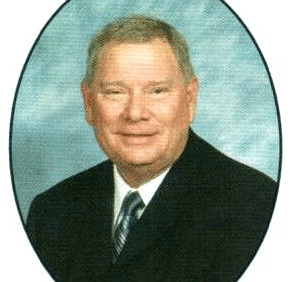 By Paul McMullen
pmcmullen@CatholicReview.org
Twitter@ReviewMcMullen
Deacon Charles A. Baynes, a down-to-earth churchman who was a pastoral associate of Our Lady of Mount Carmel in Essex and also served St. Joseph in Fullerton, parishes where he was raised and then raised his own children, respectively, died unexpectedly Nov. 4.
A viewing  for Deacon Baynes, 65, will be held at the St. Joseph parish center Nov. 7, 3 to 5 p.m. and 7 to 9 p.m., with a vigil service at 8 p.m. A funeral Mass will be offered at 10 a.m. Nov. 8 at St. Joseph, with Bishop F. Richard Spencer, auxiliary bishop of the Archdiocese for U.S. Military Services, presiding.
Bishop Spencer spent a diaconate year at St. Joseph, where he befriended Deacon Baynes and his family. Deacon Baynes was on the altar with Bishop Spencer when Bishop Spencer was ordained a priest in 1988 and again in 2010, when he was made a bishop.
“He was truly a man of God,” Bishop Spencer said. “He truly loved his family, and truly loved the church. He probably baptized more babies than any one cleric I know. He was very instrumental in bringing God to people, and bringing people to God. We will miss him.”
Deacon Baynes grew up in Our Lady Mount Carmel Parish and attended its grade school. He entered minor seminary at the former St. Paul’s Latin School, before transferring to Calvert Hall College High School in Towson.
He studied at Essex Community College and what is now Towson University, earning bachelors’ degrees in political science and business management. He had a green thumb, having worked for his father’s nursery and later opening a small florist business, which served to beautify many parishes.
Deacon Baynes was ordained to the permanent diaconate in 1982. His supervisor during his preparation was Monsignor Robert L. Hartnett, then an assistant at St. Joseph, now the pastor of Our Lady of Mount Carmel.
“He was pretty well-formed,” Monsignor Hartnett said. “He was just a hard worker, willing to engage in whatever you set before him, whether it was religious education, marriage preparation, or being with a family as they prepared for a funeral.”
Deacon Baynes and his wife, Patricia, sent their four children to the parish school at St. Joseph, where he worked as a religion teacher.
He served as president of the school board at St. Joseph, where he also taught religious education to eighth-graders; established a youth group for seventh- and eighth-graders; facilitated Bible study and was the moderator for extraordinary ministers of holy Communion.
Monsignor Kevin Schenning became pastor of St. Joseph in 2004, and immediately found Deacon Baynes to be an eager, energetic servant of the church.
“Weddings, baptisms, marriage preparation, novena benediction, he did them all here, while still being a full-time employee of Our Lady of Mount Carmel,” Monsignor Schenning said. “After 8:30 a.m. Sunday Mass here, he would somehow get to Mount Carmel for their 10 a.m. Mass.
“He was a fantastic preacher. People looked forward to his preaching.”
What Paul Harvey was to the airwaves, the man known as “Deacon Charlie” was to the pulpit. He drew the faithful in with anecdotes from ancient history and more current events, then applied the described conflict and its resolution to Sunday readings.
“He’d spend hours in the office refining his homily,” said Father Michael Triplett, associate pastor of Our Lady of Mount Carmel, “producing chicken scratch that only he could read. His homilies were succinct, clear and focused on the Scripture.”
Deacon Baynes had been on the staff at Our Lady of Mount Carmel since the late 1990s.
His three sons, Charles III (class of 1992), Michael Patrick (‘93) and Brian Joseph (‘96) all graduated from Calvert Hall.
His daughter, Maribeth, went to Mercy High School in Baltimore.
His wife established the St. John Vianney Spiritual Motherhood Society, whose female membership prays for priests, in 2010.
Memorial contributions are requested for the Casey Cares Foundation or the Juvenile Diabetes Research Foundation.
To read more obituary articles, click here.
PrevNext