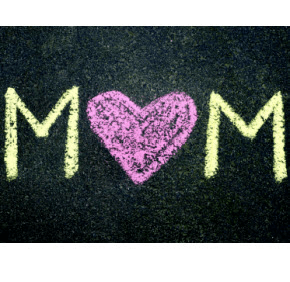 The Archdiocese of Baltimore marks the 225th anniversary of its founding as the Premier See of the Roman Catholic Church in the United States Nov. 6.

The 21st century Archdiocese of Baltimore, which spans nine counties and Baltimore City and is home to 145 parishes, continues to remain vibrant.

On any given day, babies are born in Catholic hospitals, priests review the readings of the day, service is performed, there is outreach to the elderly, pro-lifers pray for the unborn, Bible studies are held and Masses are celebrated.

Catholic Review photographer Tom McCarthy Jr. spent the course of 40 hours, from sunrise Oct. 1 until after sunset Oct. 2, chronicling these daily happenings as he traveled 530 miles.

He began the day Oct. 1 in Baltimore City, as Monsignor Arthur Valenzano celebrated morning Mass at the Basilica of the National Shrine of the Assumption of the Blessed Virgin Mary. From there he hopped over to Mercy Medical Center where 1-week-old Mia Wadman, who was born two weeks premature, fed from a bottle held by her mother, Donna Wadman.

After that, he visited Project SERVE, where an intern explained to a seminarian the intake process for enrolling students in the ESL program at Catholic Charities’ Esperanza Center in Fells Point. Then it was on to St. Martin’s Home for the Aged in Catonsville,  Our Lady of Victory School in Arbutus, to the office of Archbishop William E. Lori, to Stella Maris  in Timonium and to Mercy High School in Baltimore where Severn’s Archbishop Spalding High School played Mercy in a soccer match.

He saw the Carmelite sisters pray at their monastery in Towson and watched as members of St. Lawrence Martyr Church in Jessup prayed during a Mass in honor of Nigerian Independence Day. Next up was a Catholic charismatic renewal group praying at St. John the Evangelist in Columbia and then parishioners of Immaculate Conception in Towson praying before the exposed Blessed Sacrament.

On Oct. 2, McCarthy began his day with Father Gerard Francik, pastor of St. Mark in Fallston, as he reviewed the morning’s Scripture readings. He watched as a parishioner prepared to paint a fresh coat of paint at St. Ignatius in Hickory, saw parishioners of the Church of the Nativity in Timonium gather for fellowship, and watched the vigil lights flicker at the National Shrine Grotto of Our Lady of Lourdes in Emmitsburg.

He then moved on to Hagerstown, where St. Peter, Hancock, parishioners pray weekly outside an abortion clinic.

He watched some men playing in the Goretti Golf Classic to benefit the athletic programs at St. Maria Goretti High School in Hagerstown and concluded his day near the Shrine of Ss. Peter and Paul where a statue of Mary looks out over Cumberland.

McCarthy’s images are displayed in a special 225th anniversary edition produced by the Catholic Review.

Creativity and caring defined NDP senior, not the cancer that took her life