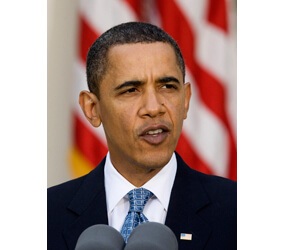 WASHINGTON – The push is on to get a health reform bill through Congress, and some longtime Catholic supporters of a more accessible and affordable American health system are hoping they are not going to have to push back.

In both the House and Senate, members and staffers are working to combine multiple committee-passed versions of health reform legislation – two in the Senate, three in the House – into bills that could be taken to the floor.

Officials of the U.S. Conference of Catholic Bishops are working behind the scenes to improve the bills to put them in line with the vision of American health care that the bishops have been encouraging for decades.

“We continue to have concerns about the treatment of the poor and immigrants” in the bills, Richard Doerflinger, associate director of the USCCB Secretariat for Pro-Life Activities, told Catholic News Service Oct. 21. “But the abortion issue is the one that is most intractable to us.”

The bishops’ message on abortion and conscience rights in health care has been clear, despite some claims that they have changed their position or don’t really understand current law.

“Our position has been very consistent,” Doerflinger said. “It’s always been that (the final health reform) bill must maintain the status quo on abortion and conscience rights. It should not be used as a vehicle for expanding or changing federal policies.”

He dismissed recent comments by White House press secretary Robert Gibbs that the bishops’ opposition to current health reform legislation is based on a misunderstanding of the Hyde amendment, which prohibits federal funding of abortion in most cases.

“I have not heard that message from anyone who’s actually working on the bills; the people at the White House know that isn’t true,” Doerflinger said. “It’s a very disappointing thing that Mr. Gibbs is just trying to blow smoke.”

Despite President Barack Obama’s statement in his Sept. 9 address to both houses of Congress that “under our plan no federal dollars will be used to fund abortions,” current versions of the legislation create what Doerflinger called a “bookkeeping exercise” by requiring abortion coverage in most plans and stipulating that a $1 per month add-on premium would be used to pay for it.

“It’s unlimited abortion, but we will pretend that this $1 a month will pay for abortion,” he said. “If you’re forcing everyone to pay it, whether you call it a premium or a tax is secondary. Everyone must pay for abortions.”

The USCCB is preparing print and online ads aimed at both members of Congress and grass-roots Catholics, with messages in favor of “authentic health care reform” and conscience protections and against abortion-funding mandates.

Catholics are encouraged to urge their representatives in the House to support an amendment proposed in committee this summer by Rep. Bart Stupak, D-Mich., and Rep. Joe Pitts, R-Pa., that states: “No funds authorized under this act … may be used to pay for any abortion or to cover any part of the costs of any health plan that includes coverage of abortion,” except in cases of rape, incest or risk to the mother’s life.

At least 30 House Democrats have come out in favor of the amendment, Doerflinger said, but it might not even be allowed a floor vote if House members invoke a rule blocking it.

Regarding the Senate legislation, the USCCB is not recommending a specific amendment because details of the final Senate bill are still so much in flux, with the decision to include or not include a public option the biggest question mark.

“Before you can have amendment language, you have to have a bill,” Doerflinger said.

Democratic Sen. Tom Harkin of Iowa, successor to the late Sen. Ted Kennedy as chairman of the Senate Health, Education, Labor and Pensions Committee, is working with Senate Majority Leader Harry Reid of Nevada, Sen. Max Baucus, D-Mont., who is chairman of the Senate Finance Committee, and White House officials to reconcile the two Senate versions. It’s possible, but not likely, that a bill could reach the Senate floor before the end of October.

The latest push by U.S. Catholics to achieve comprehensive health care reform has plenty of precedent.

In their 1981 pastoral letter, “Health and Health Care,” the bishops said, “Christian people have a responsibility to actively participate in the shaping and executing of public policy that relates to health care.” They described the letter as “a renewal of the church’s broad commitment to this most important subject.”

In a sentence that still resonates today, the bishops said in 1981: “Health care is so important for full human dignity and so necessary for the proper development of life that it is a fundamental right of every human being.”