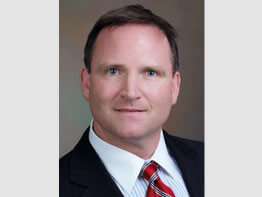 WASHINGTON – The losses incurred by Catholic institutions in the stock market since last autumn are roughly the same as the hits taken by other investors, according to a financier who estimates he gives investment advice to more U.S. dioceses than any other firm.

Losses of about 25 percent in an investment portfolio “would certainly have been in the ballpark” for “Catholic foundations, endowments and pension plans, but also corporate and public endowment plans” across the country, said Steve Schott, a managing principal at CapTrust in Miami.

Mr. Schott, in a Feb. 13 telephone interview with Catholic News Service from Miami, offered a guarded prognosis for church-based investors in 2009.

He acknowledged that nobody had a crystal ball to see that the bottom would drop out of the financial markets at the end of 2008, and repeated a familiar mantra that the outlook “may get worse before it gets better” this year.

“We are biased to protect capital, and be defensive,” Mr. Schott said. His aim is for Catholic institutions, he added, to “make sure there’s enough liquidity for operations and expenditures for the next three years, while at the same time we’re balancing portfolios to maintain investment exposure.

“The risk of not participating when the market turns (around) is just as big as not being in there,” he said.

“These are viable institutions. The church has a long-term time horizon. Clearly it’s been around 2,000 years,” he said. “The time horizon of the church is significantly longer than what it will take for the turnaround.

“We do think that 2009 will be challenging and may get worse before it gets better, in the markets as well as the economy,” he said.

The name Schott is a familiar one in church investment circles. At age 47, he has been counseling Catholic dioceses, religious orders and organizations for 23 years. The Archdiocese of Miami was his first client.

Today, by his estimation, “we oversee several billion (dollars) in Catholic money. We understand that we handle more Catholic dioceses and archdioceses than any firm in the country. And as a portion of our business, it is our largest niche and would be approximately 50 percent of the firm’s business.”

Schott’s name is a familiar one in another capacity as well. The Cincinnati-born financier’s aunt was Marge Schott, the one-time owner of the Cincinnati Reds. And Schott is friends with one-time Detroit Tigers owner Tom Monaghan, who likewise makes his base in southern Florida, with a town and a university he founded, both named Ave Maria, in the Diocese of Naples.

Mr. Schott said his clients, church and nonchurch alike, have generally performed a bit better than the rest of the market. He added that following church guidelines on socially responsible investing has not hurt the bottom line of anyone’s portfolio.

“When I started in this business back in the early 1980s, Catholic clients asked me to find investment managers that would invest consistent with Catholic values. When I asked managers if they did this, their first response was yes,” Mr. Schott told CNS. “As I delved into their process, I found they did not have an understanding of the concerns of the Catholic Church.”

As a result, he said, he examined the U.S. Catholic bishops’ guidelines for socially responsible investing, which were revised in 2003. “We have endeavored (to) create a list that we believe is compatible that our clients use for social restrictions,” Schott said.

The purpose of the bishops’ guidelines is to help the U.S. Conference of Catholic Bishops and other Catholic entities avoid investments in companies and organizations that engage in activities contrary to Catholic teaching.

“We have found that the results of the restricted list versus the unrestricted benchmark, for example in the S&P (Standard & Poor’s, one of the leading U.S. financial rating firms), actually in the last five years has had a slight positive effect,” he added.

“We are not suggesting that the restriction list will have a positive effect long term,” he said. “We do believe that over time the disparity will even out and probably (be) negligible in terms of the return difference between the restricted and the unrestricted (lists).”