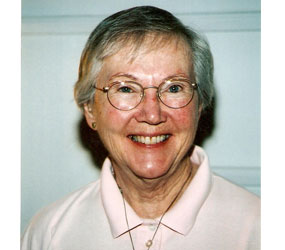 Medical Mission Sister Patricia Edelen, a Baltimore native, will celebrate her 60th jubilee Aug. 15 in Philadelphia, during a Mass and reception at the order’s North American headquarters, where she is currently facilities coordinator.

Sister Patricia joined the Medical Mission Sisters after graduating from Mount St. Agnes High School in 1947. After earning a pharmacy degree, her work took her to Venezuela from 1955-68 and the Thailand-Cambodia border in 1980, when she assisted refugees after the fall of the Khmer Rouge.

Sister Patricia also served in Atlanta and elsewhere in Georgia.

After earning a master’s degree from the Catholic University of America, Sister Rita helped open Richmond’s St. Mary’s Hospital, where in 1967 she became the first female CEO of a hospital in that city.

Sister Rita was elected provincial of the United States Province of the Sisters of Bon Secours in 1973, and spent the next decade in Marriottsville. She has served as chairperson of the Bon Secours Health System Board, and traveled to Peru to guide members of her order.

Kimberly Willingham was named St. Agnes Hospital’s 2010 Nurse of the Year. A parishioner of St. Clement, Lansdowne, Willingham is the holder of two bachelor’s degrees, one in nursing from the College of Notre Dame of Maryland, where she graduated with high honors in 2006.

On staff at Mercy since 2000, Willingham is a nurse in the Adult Intensive Care Unit.

Dr. Bonnie Portier, director of the Wellness Center at Mount St. Mary’s University, received the Woman of Excellence Leadership Award from the Frederick County Commission for Women. It recognizes a woman who goes above and beyond the call of duty in their work or volunteer work to better the community and help and inspire other women.