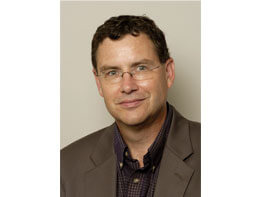 WASHINGTON – Although today’s often vitriolic rhetoric about the role of religion in public life seems like a modern-day affliction, Americans have been debating how to balance tensions between faith and politics for more than 230 years.

The key question: How much should religion – and by inference God – influence the political landscape?

The question isn’t the problem, said Stephen Schneck, director of the Life Cycle Institute at The Catholic University of America in Washington. More so, it’s how the question is addressed. It’s the malicious nature of the debate over the proper role of religion today which has people like Dr. Schneck concerned.

Dr. Schneck approached the subject from a historical perspective during a May 13 panel discussion on the need for civility as the 2008 election plays out.

He was joined at the program sponsored by Catholics in Alliance for the Common Good by the Rev. Derrick Harkins, senior pastor at 19th Street Baptist Church in Washington; Sammie Moshenberg, director of Washington operations of the National Council of Jewish Women; and retired U.S. ambassador Thomas P. Melady, who once served at the Vatican and now is diplomat in residence at the Institute of World Politics, also in Washington.

In outlining the early history of debate which took place among the country’s founders, Dr. Schneck said questions about the proper role of religion in public policy have long been debated, especially when America faced crucial decisions.

“The question of the rightful role for religion in American public life, frankly, is a perennial one,” Dr. Schneck said, citing the campaign for civil rights in the 1950s and 1960s, the struggle against immigration in the late 19th century, and efforts to address the social welfare needs of people living in decrepit urban slums at the beginning of the country’s industrial age. “We forget that. It’s a question struggled with in every generation.”

Dr. Schneck has spent part of this year, a sabbatical year, addressing the issue of civility in the 2008 election campaign. He and 27 colleagues from Catholic, evangelical and mainline Protestant traditions released a statement called “Keeping Faith: Principles to Protect Religion on the Campaign Trail” in January, urging that religion not be used for partisan purposes on the campaign trail.

Similar statements have been issued since November by the Catholic Civility Project led by a group of prominent Catholics, including 11 former ambassadors and former chairmen of the Republican and Democratic national committees, and the Jewish community.

Dr. Schneck explained that in the 18th century there were four views in the debate, not just the liberal and conservative extremes that dominate the public arena today.

On one side were the Christian millennialists, who believed that the establishment of the United States was the inauguration of the new Jerusalem and that the country had an extraordinary mission in history. “They argued strenuously for a zealous role of Christianity in the public square,” he said.

On what Dr. Schneck called “the other radical extreme,” participants held a more secular view of the country’s founding. People such as Thomas Paine and Ethan Allen argued from their deist beliefs that yes, God created the world and its natural laws, but that God took no further role in the world. They believed that the birth of the United States of America marked the end of religion and that the new country was to be an empire of reason that would put talk of God’s influence on its shaping to rest.

“What’s curious is these two extremes – the radical deists on one side and the radical Christian millennialists on the other side – seem to be what we’ve got today oddly enough,” Dr. Schneck said. “It was precisely those two extremes that were really rejected by the consensus that formed about the proper role of religion in American political life in that framing generation.”

Dr. Schneck, whose work with colleagues at the Life Cycle Institute examines public policies and their relationship to Catholic social teaching, later told Catholic News Service that the two views that were rejected in the 18th century have made their way back to the forefront of political debate today. The middle ground between the extremes of left and right has faded today, he said.

He also identified the two remaining perspectives held by a broader cross section of the country’s founders. People such as George Washington and John Adams believed that it was important to have a civil religion, one which transcended denominational boundaries but lent sanctity to public ceremonies. They felt that such practice of religion publicly would bind the new nation with a spirit of nationalism, he explained.

The fourth view, he said, espoused by Thomas Jefferson, James Madison and others, held that such a civil religion would threaten religion locally. They believed in the separation of church and state but also that local religion fostered the virtues of civility and caring for one another that democracy needs. It is that view, Dr. Schneck said, which eventually guided the country’s founders.

It’s also that view which Dr. Schneck and the other panelists hope becomes the guiding principle as the 2008 election unfolds.

“My suggestion is that I think America still has much to learn from that founding generation,” he said. “In regard to the question about religion in public life, it seems to me that this is the lesson we have to relearn. That it’s not about the eschatological extremes of one side or the other. But this is the proper area for the debate and discussion about the role of religion in public life.”