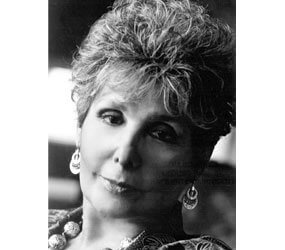 NEW YORK – Lena Horne, the groundbreaking African-American singer-actress, received a Catholic funeral May 14 at a church on Manhattan’s Upper East Side.

“She came here regularly earlier,” Jesuit Father George Witt, pastor of St. Ignatius Loyola, said of Horne, who had receded from public view for the past 10 years.

“Her daughter (best-selling author Gail Lumet Buckley) is a registered parishioner here and a daily communicant. There was a very strong family connection here over many years,” Father Witt told Catholic News Service in a May18 telephone interview, adding the funeral “really was a family event here for all of us.”

St. Ignatius has been no stranger to high-profile funerals, including those of Jacqueline Kennedy, Patricia Kennedy Lawford, and singer Aaliyah. To accommodate Horne’s funeral, Father Witt said, “we had extra security on hand because of the expected large numbers. But no, it was a public Mass, it was not a private Mass.” The burial was private.

Father Witt said he learned something about Horne’s character in the days after her death. “I’ve been struck by her strength. I’m struck by the beauty of her family,” he said. “And so I just imagined how good a woman she must have been based on the family that grew up around her. She obviously meant so much to so many.”

When entertaining the troops for the USO, she refused to perform for segregated audiences or for groups in which German POWs were seated in front of African-American servicemen. Because the Army refused to allow integrated audiences, she wound up putting on a show for a mixed audience of black U.S. soldiers and white German POWs.

Horne was at an NAACP rally with Medgar Evers in Jackson, Miss., the weekend before Evers was assassinated. She also met President John F. Kennedy at the White House two days before he was assassinated. She was at the March on Washington in 1963, when the Rev. Martin Luther King Jr., gave his “I Have a Dream” speech.

Jesuit Father Walter Modrys, the retired pastor of St. Ignatius Loyola, celebrated the funeral Mass. In his eulogy, according to an Associated Press story, he recounted a time when, upon first meeting Horne, she admitted to “feelings of shyness. She referred to her ‘persona’ that she shared with others. It was her performance mode, she said.”

Father Modrys recalled that, years later, at Horne’s 80th birthday party at Avery Fisher Hall in New York, someone asked her to sing. “She started slowly, clearly struggling,” he said, but “here comes that ‘persona’ clicking in.” And “sure enough,” the priest added, “we watched the transformation of an elegant 80-year-old woman into the 25-year-old starlet that no one could ever forget.”

U.S. Rep. John Lewis, D-Ga., who also spoke at the funeral, said Horne had been “a light, and she did shine.”

Born in Brooklyn, Horne got her start in show business in 1933 when she joined the Cotton Club revue. After a decade of radio, recording and nightclub work, she made her way to Hollywood, featured in such movies as “Stormy Weather,” the title tune serving as her theme song.

She appeared in the movie “Cabin in the Sky,” but studio executives had one musical number cut because they thought her singing a song while she was in a bubble bath was too risque. Her film career was further stymied because movie exhibitors, mainly in the South, would cut scenes with black actors in otherwise white-dominated movies.

Horne, though, enjoyed a sustained recording career, adding television appearances to her resume. She also starred in a one-woman Broadway show, “Lena Horne: The Lady and Her Music,” which was a darling of critics in 1980.