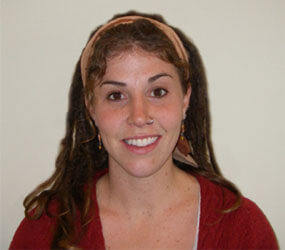 PORTLAND, Ore. – When weather permits, Mount Hood rescue teams will begin a recovery effort to find the bodies of a 29-year-old Portland Catholic Charities worker and her 24-year-old climbing partner.

Katie Nolan and Anthony Vietti were presumed dead a week after they went missing Dec. 12 in subfreezing temperatures on the snowy south face of the 11,249-foot Cascades peak.

Nolan was known for going into the streets and under bridges of Portland to find homeless women who could use help with housing.

“Everyone at Catholic Charities is deeply saddened by the end of the search for Katie,” said Dennis Keenan, executive director of Catholic Charities in Portland. “We greatly miss her as do the many women she helped with such Christ-like compassion.”

The Catholic Charities staff Christmas party was transformed into a quiet gathering to remember Nolan and the birth of Jesus.

Nolan, who was an evangelical Christian, had traveled worldwide, at one point helping to rescue young women from human trafficking. She also ran marathons.

Nolan’s father, David, spoke to reporters Dec. 16 at Timberline Lodge on Mount Hood about his daughter’s life and the family’s faith.

Nolan and Vietti were being led on a descent of Mount Hood’s south face by 26-year-old Luke Gullberg, who was found on the mountain Dec. 12 after falling and freezing to death.

The search, which began Dec. 12, initially included climbers and then airplanes and helicopters.

But the effort was hampered throughout the week by clouds, high winds, heavy snow and avalanche danger.

The trio, friends who met through their church, were all experienced climbers.