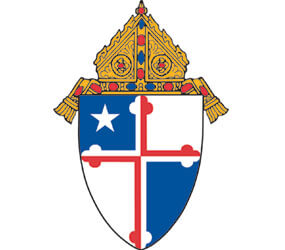 The Cardinal Gibbons School is among those being consolidated by the Archdiocese of Baltimore, according to the school’s Web site and a member of the school’s Board of Trustees.

Archbishop Edwin F. O’Brien is to officially announce March 4 an unspecified number of schools in the Archdiocese of Baltimore that will be consolidated at the end of the current school year, in response to declining enrollment and rising operating deficits.

Pastors and principals of schools were informed of that consolidation plan March 3, at a meeting at the Catholic Center. Several hours later, the school posted on its Web site the following:

“Until recently,” the statement reads, “Cardinal Gibbons’ administrators hoped that by pursuing every known option we could avoid having our school closed by the Archdiocese. Unfortunately, these efforts did not result in a positive decision for our school. What we do have is a shared dedication to our students and their continued success.

“Our administration’s first priority is to minimize the disruption in the lives of our current students, prospective students, faculty, administration and their families. To facilitate a smooth transition in changing schools, other Catholic school administrators have agreed to accommodate as many students as possible in time for the next school year.

“We ask,” the statement continues, “that all of you who comprise the Cardinal Gibbons community pray that the future of our students remains on track to grow in a Christian atmosphere conspicuous for honor, challenge, responsibility, scholarship, and devotion.”

Wayne McDowell, a member of the Gibbons Board of Trustees, confirmed the consolidation news to The Catholic Review. He said that the board conducted a 90-minute conference call March 3, to discuss the development.

Located at the intersection of Wilkens and Caton avenues in southwest Baltimore, Cardinal Gibbons was the last all-boys high school to open in the archdiocese, in 1962. It is a member of the Lasallian Network of Schools.