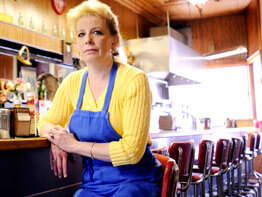 WASHINGTON – The two major presidential candidates agree on at least one thing: health care reform must be a high priority for the next administration. But when it comes to the details, much of the common ground between Republican Sen. John McCain and Democratic Sen. Barack Obama falls away.

In their 2007 document on political responsibility, “Faithful Citizenship,” the U.S. bishops said any efforts to reform the health care system must respect human dignity and protect human life; meet the needs of the poor and uninsured, including pregnant women, unborn children, immigrants and other vulnerable populations; protect the conscience rights of Catholics and Catholic institutions; and provide effective, compassionate care for those with HIV and AIDS.

“All people have a right to health care regardless of where they work, where they come from or how much money they have,” said Kathy Saile, director of the Office of Domestic Social Development in the bishops’ Department of Justice, Peace and Human Development, in a commentary on health care and “Faithful Citizenship.”

“Quality health care should be accessible to every person as a part of basic respect for human life and dignity,” she added.

Senators Obama and McCain both say the health care reform plans outlined on their campaign Web sites and in speeches would reduce the number of uninsured Americans, rein in escalating costs, improve health care quality and performance, keep those with pre-existing conditions from being dropped by their health plans, and encourage some degree of state flexibility.

Sen. Obama’s plan would require employers to either offer “meaningful coverage” to their workers or pay a percentage of their payroll into a new public program. Every child in the U.S. would be covered and health insurers would be required to keep young adults up to age 25 on their parents’ plan through family coverage.

The centerpiece of the proposal advanced by Sen. McCain is a health care tax credit for families and individuals, paired with the removal of favorable tax treatment for employer-financed health insurance. Anyone who does not use the entire tax credit amount to purchase health insurance could deposit the remaining funds into a health savings account for use in another year.

The health care debate is a very personal one for people like Robin Salerno of Wolcott, N.Y. Recently diagnosed with adrenal cancer, Salerno earns $17,000 a year working six days a week as a cook and waitress for a local diner.

But she has no health insurance and makes too much money for Medicaid, the federal-state program, or Family Health Plus, another public health insurance program in New York state for adults under 65. Ms. Salerno might qualify for Healthy NY, an insurance program for small businesses and workers whose jobs don’t offer insurance, but services for her cancer might not be covered for a year.

“If I wait a year, I might not be around,” the 50-year-old Ms. Salerno told the Catholic Courier, diocesan newspaper in Rochester, N.Y.

The Catholic Health Association, whose member hospitals and other health care institutions often serve as a safety net for the poor and uninsured, has offered its own “Vision for U.S. Health Care,” against which any health reform plan can be measured.

Any proposal in line with Catholic social teaching must be available and accessible to everyone; health- and prevention-oriented; sufficiently and fairly financed; transparent and consensus-driven; cost-effective; patient-centered; designed to address health needs at all stages of life; and safe, effective and high-quality, the vision document says.

“None of the reform plans as they currently stand meet our principles for reform,” said Lisa Smith, senior director for government relations at the Catholic Health Association in Washington. “I’m not saying the plans can’t get there, but they’re not there yet.”

Both the Sen. McCain and Sen. Obama plans are currently “in outline form,” with “not enough details to know it will make a substantial difference” in reducing the number of uninsured Americans from the current 47 million. “We’ll just have to wait and see,” she told Catholic News Service Aug. 14.

Clarke E. Cochran, co-author of “The Catholic Vote: A Guide for the Perplexed,” recently published by Orbis Books, said neither Sen. Obama’s nor Sen. McCain’s plan fully meets the criteria set by “Faithful Citizenship” and the CHA vision document for health care reform.

The Obama proposal is more in line with the bishops’ focus on the needs of the poor, uninsured and vulnerable populations and their call to strengthen Medicaid and Medicare, Mr. Cochran told CNS in an Aug. 14 telephone interview. But it is “unlikely that any Obama plan would have any protection for the unborn,” he added.

Cochran, a former political science professor at Texas Tech University in Lubbock, Texas, now works as vice president for mission integration at Covenant Health System in Lubbock. He emphasized, however, that he was not speaking as a Covenant representative.

Although both candidates “pay lip service to cost containment,” Cochran said, neither addresses the underlying reasons for rising costs or has an effective plan to curb them. Both plans also are silent on health coverage for immigrants in the country illegally and on conscience protections, he added.

Contributing to this story was Amy Kotlarz in Rochester.