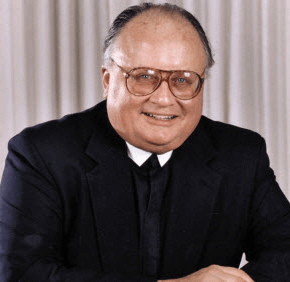 Brother Patrick Ellis, Baltimore-born president of two Catholic universities and an active supporter of the Catholic press, died Feb. 21 in New Jersey following a battle with acute leukemia. The 84-year-old educator had been a member of the Christian Brothers for nearly 67 years.

After teaching and administrative assignments in Washington, Miami and Philadelphia, Brother Patrick served as president of La Salle University in Philadelphia from 1977 to 1992. As La Salle’s longest-serving president, he expanded academic offerings, added new buildings and nearly doubled the size of the campus.

Brother Patrick returned to his alma mater, The Catholic University of America in Washington, D.C., to serve as president from 1992 to 1998.

According to a news release from Catholic University, Brother Patrick oversaw a $3.5 million project to enhance the campus computing infrastructure and complete the fiber-optic wiring for a high-speed computer network. He also completed fundraising for a $33 million law school building and offered additional minority scholarships.

Brother Patrick faced challenges with declining enrollment at Catholic University during his tenure, however, and, according to a 1998 report by Catholic News Service, faced criticism for a plan to recruit potential students through telemarketing. Prior to Brother Patrick’s retirement from Catholic University, some faculty members had circulated a petition calling for his resignation because of declining enrollment.

Brother Patrick was his religious community’s district director of development from 1999 to 2004, residing at Calvert Hall. In the mid-2000s, he served on the board of the Cathedral Foundation (now known as Catholic Review Media), parent company of the Catholic Review, and wrote a column in the newspaper that was featured twice a month.

Daniel Medinger, former associate publisher/editor of the Catholic Review, recruited Brother Patrick to serve on the board when the communications company was expanding its reach beyond the Archdiocese of Baltimore.

“He loved the Catholic Review,” said Medinger, noting that as a child, Brother Patrick sold copies of the Catholic Review through his parish school. “He saw the need for the church to have a vigorous presence in all kinds of communications.”

Brother Patrick was more than a cheerleader, Medinger said.

“He was a voice of encouragement,” Medinger said. “He was also a voice of caution. He was able to point out the pitfalls and the potential problems.”

Medinger said his friend was a “gregarious” man who was “always upbeat and positive.”

Brother Patrick’s columns addressed topics as diverse as abortion, presidential politics, globalization and migration. On occasion, Brother Patrick accompanied his column with an illustration he drew with pen and ink. He gave one of his drawings to Medinger as a gift.

“We had talked about him doing editorial cartoons,” said Medinger. “He was a very talented guy.”

Brother Patrick graduated from Catholic University in 1951 with a bachelor’s degree in English. He earned a master’s degree and doctorate in English from the University of Pennsylvania.

Brother Patrick was a delegate who met with Pope John Paul II in 1989 to discuss the Vatican’s role in worldwide Catholic higher education. He received the Pro Ecclesia et Pontifice papal medal in 1996.

A funeral Mass will be offered Feb. 27 at La Salle University.