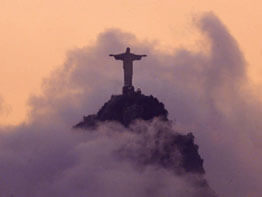 ACAILANDIA, Brazil – Antonio Gomes dos Santos remembers the day, 11 years ago, when he was sold for the equivalent of about $80.

Seeking work, he had drifted to this drowsy town in north-central Brazil’s scrubby farmland. The effort paid off when a man offered him a job, as well as food and a place to stay while he hired a few dozen other laborers.

Gomes dos Santos waited for three days. Meanwhile, the recruiter “provided meals, drink and cigarettes,” he recalled. On the fourth day, he and 41 other men were loaded into a truck.

Gomes dos Santos began to have doubts when he saw armed guards at the front and back of the vehicle. His fears were confirmed when they stopped in a town several hours away, where a buyer was waiting and they were sold into slavery.

Back on the truck, they were told “you’re not going home again,” he said.

At 64, Gomes dos Santos was the oldest of the group and the first to stand up to the guards and the overseers. That marked him as a troublemaker. By nightfall, when they arrived at the farm of one of the area’s wealthiest landowners, some of the men already were talking about trying to escape, but the armed guards were never far away.

With about 150 men who were already at the farm, the newcomers were put to work clearing land in the tropical heat. They were promised first $90, then $60. Then they were told they owed their employer for the food, lodging and cigarettes they had been given in Acailandia – a debt that would leave them with little or no pay.

The days that followed were a blur of heavy labor and lies. Some respite came one day more than a month later, when the overseers and guards went to a soccer match nearby. But they returned dangerously drunk. Mounted on horseback, the guards herded the workers into a circle, “galloping around us and shooting into the air,” Gomes dos Santos said.

That evening, he and two companions slipped away. When one of the three returned to get his ration of cassava flour and fish, the guards surrounded him, beat him and shoved him under a horse’s hooves.

Gomes dos Santos recalled slipping back under the cover of darkness to rescue his companion.

“He was all beaten up,” he said. “He was just a little guy, so I threw him over my shoulder and carried him away.”

Penniless and miles from home, the trio stumbled onto a camp of landless workers, who gave them a cloth sling to carry their wounded companion and pointed out the route the guards were least likely to follow if they were in pursuit. His memory of the odyssey is of “hearing hoof beats and hiding,” he said.

Six days after leaving the farm, they finally reached Acailandia, where they went to a government office to file a complaint.

“They said there was nothing they could do, because the landowner was very powerful,” Gomes dos Santos recalled. “They gave me bus fare and a little food and told me to just go home.”

Instead, he turned to the police, who gave him food, shower and a place to sleep. Before dawn, they woke him, bundled him into a bulletproof vest and hustled him aboard a helicopter with inspectors sent to raid the farm. They were too late, however. There was no sign of the guards or the laborers, though the police confiscated more than 50 guns, he said.

In the 11 years since Gomes dos Santos escaped, his case has crept slowly through the courts. At one hearing, the landowner denied knowing the workers. Most of the others who pressed charges dropped out of the case, worn down by time or fearing reprisals. Some have died.

A judge finally awarded him the equivalent of $6,000, but he has yet to collect.

“I don’t have any hope of getting anything,” he said. “The people who have money are the ones who mete out justice here.”

Now 75, Gomes dos Santos shares a simple, tiny house with his daughter and grandchildren, tending a garden of vegetables and herbs as chickens scratch in the dust. He also works at the Dignity Cooperative started in 2006 by the Center for the Defense of Life and Human Rights of Acailandia, where former slave laborers make charcoal briquettes.

His experience serves as a warning to other men who may be too quick to believe the promises made by gatos, or “cats,” as labor recruiters are called.

“I think they shouldn’t go to the farms, but unemployment is a real problem, so they go,” he said.
He said he is pinning his hopes on the cooperative.

“The cooperative is weak – it’s still a child,” he said. “It needs to grow. But it’s good for me. It’s better than slavery.”