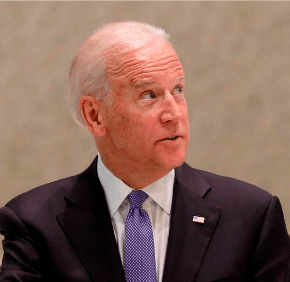 WASHINGTON – By officiating at a same-sex wedding, Vice President Joe Biden as a prominent Catholic politician has created confusion over church teaching on marriage and “the corresponding moral obligations of Catholics,” three U.S. bishops said Aug. 5.

“Questions revolving around marriage and human sexuality are deeply felt in our homes and communities,” said the bishops. “We join with our Holy Father Pope Francis in affirming the inviolable dignity of all people and the church’s important role in accompanying all those in need.

“In doing so, we also stand with Pope Francis in preserving the dignity and meaning of marriage as the union of a man and a woman.”

Archbishop Joseph E. Kurtz of Louisville, Kentucky, president of the U.S. Conference of Catholic Bishops, was joined by two USCCB chairmen in writing a blog post about Biden presiding at a same-sex wedding of two longtime White House aides Aug. 1. The posting is on the USCCB blog, http://usccbmedia.blogspot.com.

“The two strands of the dignity of the person and the dignity of marriage and the family are interwoven. To pull apart one is to unravel the whole fabric,” they wrote.

“When a prominent Catholic politician publicly and voluntarily officiates at a ceremony to solemnize the relationship of two people of the same sex, confusion arises regarding Catholic teaching on marriage and the corresponding moral obligations of Catholics,” the prelates said. “What we see is a counter-witness, instead of a faithful one founded in the truth.

“Pope Francis has been very clear in affirming the truth and constant teaching of the church that same-sex relationships cannot be considered ‘in any way similar or even remotely analogous to God’s plan for marriage and family,'” they continued, quoting from “Amoris Laetitia,” the pope’s apostolic exhortation summing up two synods on the family.

Referencing “Faithful Citizenship,” the bishops’ quadrennial document on political responsibility, the three prelates also noted that “laws that redefine marriage to deny its essential meaning are among those that Catholics must oppose, including in their application after they are passed.”

“Such witness is always for the sake of the common good,” they added.

Archbishops Kurtz and Wenski and Bishop Malone also quoted from Pope Francis’ address to Congress last September: “He reminded us that all politicians ‘are called to defend and preserve the dignity of (their) fellow citizens in the tireless and demanding pursuit of the common good, for this is the chief aim of all politics.'”

“Catholic politicians in particular are called to ‘a heroic commitment’ on behalf of the common good and to ‘recognize their grave responsibility in society to support laws shaped by these fundamental human values and oppose laws and policies that violate (them),'” the three added, again quoting from the pope’s words to U.S. lawmakers.

According to AP, the wedding of Joe Mahshie and Brian Mosteller took place at the vice president’s official residence on the grounds of the Naval Observatory. The two asked Biden to officiate, AP said, adding that the vice president had to get a temporary license to do so from the District of Columbia to make the marriage legal.

In 2012, Biden said as a Catholic he was “absolutely comfortable” with same-sex couples marrying, adding they should get “the same exact rights” heterosexual married couples receive. Shortly after that President Barack Obama announced his support for same-sex marriage. In a June 2015 ruling, the U.S. Supreme Court declared same-sex marriage legal in the nation.

In their blog post, Archbishops Kurtz and Wenski and Bishop Malone said that “faithful witness can be challenging – and it will only grow more challenging in the years to come – but it is also the joy and responsibility of all Catholics, especially those who have embraced positions of leadership and public service.”

“Let us pray for our Catholic leaders in public life, that they may fulfill the responsibilities entrusted to them with grace and courage and offer a faithful witness that will bring much needed light to the world.” The three bishops said. “And may all of us as Catholics help each other be faithful and joyful witnesses wherever we are called.”