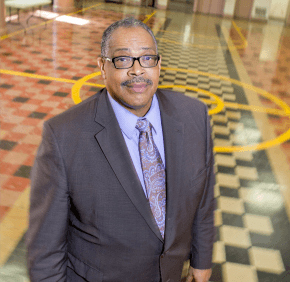 By Catholic Review Staff
The 2016 class being inducted into the Baltimore Catholic League includes nine men being honored for their basketball careers, another for his contributions to the league, and two pioneers.
The BCL Hall of Fame banquet will be held May 3, at Turf Valley Country Club in Ellicott City.
Jean Fugett will accept the Pathfinder award, which goes to a player who preceded the BCL, the boys’ basketball league which began in 1971.
A 1968 graduate of Cardinal Gibbons, Fugett was among the first black athletic standouts at a Catholic high school in the Archdiocese of Baltimore, and later played in a Super Bowl for the Dallas Cowboys.
The coach being inducted is William Wells of St. Frances Academy, who took what had been a CYO program to three straight BCL championships from 1995 to 1997, paving the way for the Panthers to become the first school to win seven BCL tournaments.
The contributor is Pat Maggio, a teammate of Fugett’s, who graduated from Gibbons in 1969, coached Mount St. Joseph and then was an assistant coach and longtime religion teacher at Loyola Blakefield.
Phil Martelli, the winningest coach in the history of Philadelphia’s St. Joseph’s University, will be the keynote speaker.
The nine players to be inducted include a St. Joseph’s product, Norman Black, who graduated from Cardinal Gibbons in 1975.
The other eight student-athletes being honored are Keon Chavez, St. Frances Academy, class of 1975; Jeff Cross, Mount St. Joseph, ’76; Paul Feeley, Loyola Blakefield, ’71; Rodney Gibson, St. Maria Goretti, ’01; Leroy Keller, Archbishop Curley, ’80; Danny Robinson, Towson Catholic, ’91; Derrick Snowden, Archbishop Spalding, ’00; and James “Pop” Tubman, Calvert Hall, ’82.
Paul McMullen, managing editor of the Catholic Review, will serve as emcee.