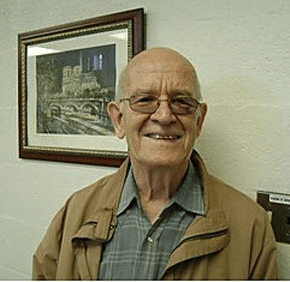 By Maria Wiering
mwiering@CatholicReview.org
Twitter: @ReviewWiering
Known for his writings on Scripture, died March 7 in Heythuysen, Netherlands. He was 83.
A native of the Netherlands, Father Donders assisted on weekends at Church of the Resurrection in Ellicott City and the Catholic Community at Relay during advocacy and teaching appointments in Washington, D.C. He retired in 2010 and returned to the Netherlands.
Monsignor John A. Dietzenbach, Resurrection’s pastor, said Father Donders “was like a grandfather figure.”
“He was very happy, very joy filled, he took a pastoral view towards ministry. He didn’t get upset by the little stuff,” he said. “Because of his years of ministry in the mission field he could cut through to see what was important.”
Geralyn Magan, coordinator at the Catholic Community at Relay, said the theme of his ministry was “we are the body of Christ.” He was an academic, but knew how to made Scripture accessible, she said.
“He made things very practical, very real,” she said. “It wasn’t ‘these are nice Biblical stories,’ the responsibility was how you are going to relate that and carry that out in your life.”
In 1952, Father Donders began his formation with the Missionaries of Africa, called the “White Fathers” for their habit. He was ordained a priest in 1957. He earned a doctorate in Rome and taught philosophy and theology at universities in the Netherlands; Nairobi, Kenya; and Washington, D.C.
In 1984, he was appointed the first director of Africa Faith and Justice Network in Washington, D.C. He left the position in 1988 and became chairman of mission studies at The Washington Theological Union. He taught his final course in 2007.
His published writings ranged from reflections on the Gospels to a 2005 compilation of Blessed Pope John Paul II’s 12 encyclicals designed for the lay reader. He lectured across the United States and Australia.
Father Donders assisted at Resurrection from 1984 to 2010 and the Catholic Community at Relay from 2000 to 2010, but his ministry spanned the globe, said Father John Lynch, a Missionary of Africa living in Washington.
“The world was his parish,” Father Lynch wrote of Father Donders in a letter to his orders’ members in the Netherlands. “He was a man of vision and in many ways could never stand being ‘boxed in.’… In the course of his life in the USA he touched many people through his writings, his lectures and his preaching.”
A funeral Mass was offered March 13 in the Netherlands.
To read more obituary articles, click here.
March 13, 2013 CatholicReview.org
PrevNext