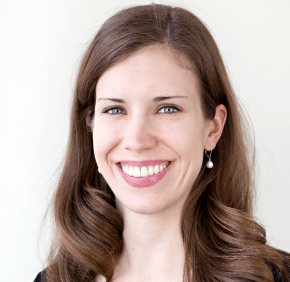 By Christopher Gunty
cgunty@CatholicReview.org
It’s not unusual these days for faces to be missing from workplaces, neighborhoods and churches. Many are on vacation, and they come back with faces tanned and stories to share about beaches, road trips and the ways they relaxed.
For us at the Catholic Review, a couple of faces won’t be coming back.
Bishop Mitchell T. Rozanski was installed Aug. 12 as the ninth bishop of the Diocese of Springfield in Massachusetts (see pages 6-8), so we won’t be seeing much of him in these parts. Catholic Review Staff Writer Elizabeth Lowe leaves the newspaper this week to take on a new position with the Greater Baltimore Committee.
Bishop Rozanski was a pleasure to get to know. Always affable, he made you feel at home immediately. He was vicar for the western part of the archdiocese, and I ran into him during regional meetings with priests and parish staff almost as often as I might see him at the Catholic Center.
Asked once how many miles he put on his car each year traveling to parishes and events around the state, he claimed to have lost count. Easy to do, I guess, when the miles add up.
Bishop Mitch was scheduled to be the spiritual leader for a “Footsteps of St. Paul” pilgrimage to Greece and Turkey sponsored by Catholic Review Media in October. Noting that his new diocese already had commitments lined up in the fall for the bishop, he was genuinely disappointed to have to bow out, and apologized. But when the pope asks you to go, you go.
There are at least 16 cities or towns named Springfield in the U.S., and three of those are the seats of dioceses – Illinois, Massachusetts and Missouri, where it is the Diocese of Springfield-Cape Girardeau. There’s only one Baltimore, and we hope the bishop can come back for visits occasionally. We know we’ll get a chance to see him when the U.S. bishops gather here in November, as they do each fall. Ad multos annos, Bishop Rozanski. Don’t forget your Maryland roots.
Elizabeth Lowe joined the Review staff about two and half years ago. Her early bylines read “Elizabeth Skalski.” When we offered her the job, she had an unusual request: She would need some time off just a few months after starting the job – she had plans to get married and take a honeymoon. You can’t beat that for a reason for vacation.
She took her married name as her byline, which you have seen on stories about parishes in the Neumann Vicariate as well as faith formation, education and a host of other issues. Her Oct. 2012 cover story on human trafficking showed how that oft-hidden issue has an impact on Maryland, and what Catholic organizations are doing to combat this scourge.
In her case, Elizabeth is not leaving Baltimore, so we might see her face more often. She still lives in the city and loves to take in local events. She’s a runner, so rather than see her face, you may catch her as a blur as she runs by, training for local races.
The people who come into your life often have an impact long after they move on. Just because you don’t see them day after day doesn’t mean they have not left an imprint on your life. As Bishop Mitch and Elizabeth Lowe take this next step, we say, “au revoir,” not “good-bye.”
Christopher Gunty is associate publisher/editor of the Catholic Review.
To read more Amen columns, click here.
PrevNext