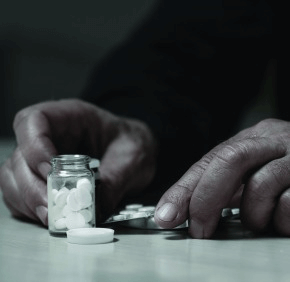 By Erik Zygmont
ezygmont@CatholicReview.org
As the state legislature considers for the third successive year legalizing physician-assisted suicide in Maryland, 2017 may see the largest push yet by proponents, who have remained active even after the 2016 version of the bill was withdrawn by its lead sponsor from the state senate’s judicial proceedings committee last March.
Jennifer Briemann of the Maryland Catholic Conference, legislative lobbying arm of the Maryland bishops, said many believe that physician-assisted suicide (many proponents reject the term and prefer “medical aid in dying”) will be “the prominent social issue at the General Assembly.”
The nationwide group behind the push – Compassion and Choices, the result of a merger between a group founded in 1980 as the Hemlock Society and a second group – has “definitely identified Maryland as a priority state this year,” Briemann said, noting that it is seen as a “bellwether” for progressive social causes in the Mid-Atlantic.
She said Compassion and Choices cannot accurately be called “grass roots”; according to records posted on the George-Soros-founded Open Society Foundations website, the billionaire’s group granted the organization $1.5 million in 2013 and $2 million in 2014.
In last year’s Maryland bill, which is the same model as laws or proposed laws in other states, a patient is eligible for a prescription for a lethal dose of medication if he or she has been diagnosed with a disease that their doctor says will likely be terminal within six months. A second doctor must verify the first doctor’s assessment, and the bill would leave it to those two doctors to ensure that the patient is not being coerced, is making an informed and voluntary decision, and is not suffering from a mental impairment that would affect the decision.
After the patient has died, the death certificate would cite “natural causes” and the underlying terminal condition, but not the substance that actually caused the heart to stop beating, likely up to 100 capsules of secobarbital.
Briemann said she believes opponents – including the Catholic Church, which believes in protecting the inherent dignity of human life, from conception to natural death – can once again defeat the push in Maryland.
Janice Benton, executive director of the National Catholic Partnership on Disability, which will oppose the bill, noted that though proponents tout physician-assisted suicide as a way to prevent “unbearable suffering,” it is usually another factor that will convince somebody to take that way out.
Indeed, according to Oregon statistics, 96 percent of those who ingested lethal medication were concerned about being “less able to engage in activities making life enjoyable.” Only 29 percent identified “inadequate pain control or concern about it.”
“People are afraid of having to have someone help them live their daily lives, but that’s how people with disabilities live,” she said, arguing that legalizing physician-assisted suicide would create an atmosphere that devalues the lives of disabled people.
“It’s easy to get in the mindset of ‘What’s the point of their life?’” Benton said. “It’s also bad public policy. You’re there to protect the most vulnerable citizens, and here you are passing a bill that can put them in jeopardy.”
A similar bill gained initial approval from the Washington, D.C. city council in November. Briemann noted that the debate brought to light “the dynamic of a large minority population” less prevalent in states where it had passed to that point.
“D.C. is a very different place than Montana or Colorado, because you have a disparity ingrained in health care between minorities and non-minorities,” she said. “We’re only seeing the beginning of that issue.”
According to the Washington Post, Leona Redmond, a community activist who had organized blacks against the bill, called it “eugenics being dressed up to look like it’s the best thing since gravy.”
Historically, suicide prevention groups have opposed physician-assisted suicide.
“It just gives credence to whatever thoughts (of suicide) people might have,” said Father James Boric, associate pastor of St. John the Evangelist in Severna Park, whose brother took his own life at 19. “Why would the state help my brother – or help anybody – do that?”
Father Lawrence Johnson, director of pastoral care at Stella Maris, a Timonium nursing facility that offers hospice services, emphasized that pain and suffering does not have to be part of a natural death.
“In my experience, and I’ve been at Stella Maris for 22 years, I’ve never seen someone die in pain,” he said. “What I see are patients and families who are at peace.”
In addition to assuaging physical pain, hospice care often includes “taking care of unfinished business,” Father Johnson said, such as addressing a spiritual issue or making amends with a long-estranged family member.
Even with a mostly unresponsive patient, “when you pray with them, or get that family member on the phone, you’ll see a tear, or eye movement – some indication that they’re still aware of their surroundings. Those are end-of-life experiences that are possible when we embrace the dying process and not subvert it with assisted suicide.”
New developments will likely affect the 2017 legislative battle.
State Sen. Guy Guzzone, a Democrat representing part of Howard County, will sponsor this year’s bill. Known as a strong advocate for constituents with disabilities, Guzzone has received numerous awards and recognitions from The Arc Maryland, which advocates for children and adults with disabilities. The organization honored him with its Outstanding Legislative Leadership Award in 2015 and 2016.
In the medical community, Maryland State Medical Society, previously opposed to physician-assisted suicide, changed its position to “neutral” in September.
Furthermore, according to Briemann, Compassion and Choices has retained a respected and connected lobbying firm, Alexander & Cleaver, for the 2017 session.
“Compassion and Choices has the money and the resources,” Briemann said, but she remains optimistic. “I think the ugly realities of the law are coming to light and that’s going to make our coalition really successful this year.”

Playing God Part 3: Do no harm? End-of-life ethics in a ‘death with dignity’ culture