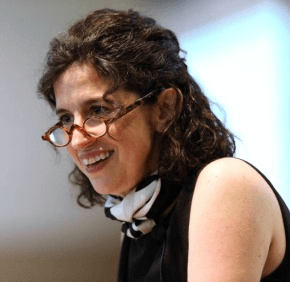 WASHINGTON – When Helen Alvare first read that Jesus did not “count equality with God a thing to be grasped” (Phil 2:6), she was shocked.

“Of course he was equal, why would we even be talking about grasping?” Alvare asked.

She realized that this model applied to gender equality, an idea she shared in her talk on “The Feminine Genius,” addressed to 350 women in their 20s at the Given Catholic Young Women’s Leadership Forum June 8 in Washington.

Her goal, she told Catholic News Service, was for the women at the conference to see that “even suggesting that there are two sexes who are other but can collaborate has become controversial,” and that Christians need to confirm God’s intention for men and women to be different but equal.

In modern society, “we are encouraged to reject things that are associated with women and instead to be either like men or androgynous or sexually fluid,” Alvare told the all-female audience, yet “the two sexes symbolize all that can happen when different things work together: They create, they grow, they give new life.”

She continued, “An environment stacked against the twoness of the sexes is also an environment against diversity of every type, coexistence in perfect equality in the eyes of God.”

Alvare, who is a family and religion law professor at George Mason University and a consultant for the Vatican’s Pontifical Council for the Laity, serves as a Holy See delegate to various United Nations conferences on women and family issues.

Women laugh June 8 as they listen to keynote speaker Helen Alvare, a law professor at George Mason University in Arlington, Va., during “Given,” a leadership forum for young Catholic women at The Catholic University of America in Washington. The six-day event was sponsored by the Council of Major Superiors of Women Religious. (CNS photo/Bob Roller)

She said that women need to recognize their feminine gifts and assert them in collaboration with men rather than “grasping at” an equality that they already have in the eyes of God. Practically and theologically, she said, the sexes working together are better than either men or women working alone.

She cited studies showing that mixed-gender marketing teams are effective because the men tend to develop strong marketing systems while the women are often better at figuring out how the system will practically be applied, and how to pitch the system in an appealing way.

She also explained theologian N.T. Wright’s view of the sexes as symbols of the unity of heaven and earth.

Heaven and earth “are different, radically different, but they are made for each other in the same way as male and female,” she said, quoting Wright. “Opposite poles within creation are made for union, not competition.”

She said that while women cannot forget that they are heirs to a long struggle for equal rights, “as Christians, this model of not deeming equality something to be grasped at means that we assert it. We live it. We can be lawyers seeking to get it in the law; we can be laywomen seeking to assert it in a group or at our job, but the end goal that we’re seeking is not ‘I am better than men,’ ‘I reject men,’ ‘I don’t trust men,’ et cetera. It is to assert and achieve this equality but not by harming the opposite sex.”

She said that she would have liked to see this equality represented in church decision-making, for example, at the Synod of Bishops on the family or in the sexual abuse scandal.

“I would have said that you needed a great deal more women and families at the synod on the family. I really didn’t understand the absence of a significant number of more women,” she said.

Alvare chaired the commission that investigated the abuse scandal in the Archdiocese of Philadelphia.

“If someone had come in and complained to a mother that this had happened to her son, I think things would have changed quite a bit earlier,” Alvare told CNS, saying there may be a difference between the sexes in understanding “what that violation means to a child.”

She also pointed out that women are skilled in the humanitarian work Pope Francis has emphasized, like housing Syrian refugees and providing showers for the homeless in Vatican City.

“The people who are actually doing that kind of work in the world and who want to do it — they’d like to be paid more fairly, but they want to do it — are women,” Alvare said, noting that women’s representation in the church shouldn’t be a matter of meeting quotas.

She told CNS that she wanted to end her talk by saying women must be the ones to speak out in favor of femininity and increased collaboration between the sexes.

“No male can say the things that I said today,” she said. “If it’s going to be said at all, it has to be said by women.”

The June 7-12 Given conference was held at The Catholic University of America in Washington. It was sponsored by the Council of Major Superiors of Women Religious.