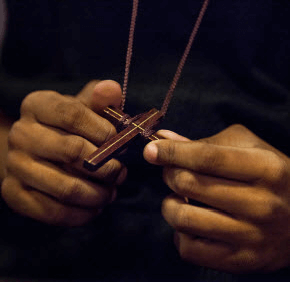 By Paul McMullen
pmcmullen@CatholicReview.org
In 1988, Robert Fulghum, a Unitarian Universalist minister, published a book of essays titled “All I Really Need to Know I Learned in Kindergarten.” It took its name from a recounting of simple, eternal lessons that are forgotten by some adults, among them: “Share everything. Play fair. Look.”
With a nod to Fulghum and the acknowledgement that there are many good Catholics who get their education elsewhere, the Catholic Review put a twist on his work and solicited responses, beyond Faith, Hope and Charity, to the tag: “All I Really Need to Know I Learned in Catholic School.” Some of the responses we received follow:
ACTIONS NOT WORDS
While I learned this phrase as a boy at Holy Child Academy in suburban Philadelphia, the example of the Sisters of the Holy Child have led me to aspire to make the phrase a way of life.
Jesuit Father John W. Swope
President, Cristo Rey Jesuit High School in Baltimore

Photo by Tom McCarthy Jr. | CR Staff
CLOSENESS TO CHRIST
At St. Peter School in New Castle, Del., we received the sacraments several times a year. I learned that interacting with Jesus often in holy Communion and confession were meant to be part of the natural rhythm of life.
Father Michael A. DeAscanis
Archdiocese of Baltimore Vocations Director

Photo by Tom McCarthy Jr. | CR Staff
COMMITMENT
I was a freshman at Archbishop Curley High School in 1961, when Franciscan Father Robert Plociennik told us, “In life pray as if everything depends upon God and work as if everything depends on you.”
Monsignor James P. Farmer
Pastor, St. John, Westminster
DIGNITY
Sister of Notre Dame de Namur Margaret Maria, my first-grade teacher at St. Francis Xavier in Washington, D.C., had 100 students in our class. She treated each with dignity, patience and respect. I modeled my career on what I learned from Sister Margaret.
Larry Callahan
Former Superintendent of Schools for the Archdioceses of Baltimore and Washington
DILIGENCE
At St. Cecilia School, I remembered being quizzed on the Baltimore Catechism and the fierce competition with other grades, which looked like the national Spelling Bee.
Therese Wilson Favors
Former Archdiocesan Director of African American Catholic Ministries
GENEROSITY
My sixth-grade teacher at St. Benedict was the legendary Doris Musil. The week before Christmas, she invited four girls to come to her house to help decorate. That was the first time I saw a color TV, a blue bathtub and a spectacular vanity made of mirrors. Her incredible generosity of spirit has been a model for me throughout my many years of teaching.
Carol Malone
English teacher, Maryvale Preparatory School
INSPIRATION
In 1952, Sister Catherine Aquila encouraged four altar boys at Immaculate Conception School in Towson to consider the priesthood.
I didn’t finish diocesan seminary, but Denny Tinder did. He went on to serve Immaculate Conception as pastor until his death in 2009. Sister Catherine never told us she had cancer, and died at age 27. We were her final students.
Tim McCarthy
Parishioner, St. Joseph Passionist Monastery, Irvington
JOY
I learned the joy of music from Sister Mary Helen James, my fifth-grade teacher at St. Theresa in Sheffield, Ohio. She gave us all a part to sing on the soundtrack of “The Sound of Music.” We learned about teamwork and music other than rock ’n roll.
Kevin Byrne
Baltimore Ravens Senior Vice President of Public and Community Relations
RESPECT
Respect is like glue.
Remember that project from your second-grade art class? (Mine was St. Clement Mary Hofbauer, Rosedale.) The glue went everywhere, but it held it all together.
Without the glue, bits of macaroni start to wobble and eventually fall off. Everyone in the world needs and wants respect. Start and end every single conversation with respect and you’ll go far.
John J. D’Adamo
Assistant Principal, Immaculate Conception School, Towson

Photo by Tom McCarthy Jr. | CR Staff
SERVICE
The values my family instilled in me were reinforced in Catholic school. Service to others was the most prevalent value that I experienced at Calvert Hall, where the Christian Brothers, as well as the lay faculty, led by example.
Service was not a “new” value for me, but the experience of having it reinforced so strongly never left me.
Vincent E. Savarese
Calvert Hall College High School Class of 1984
PrevNext