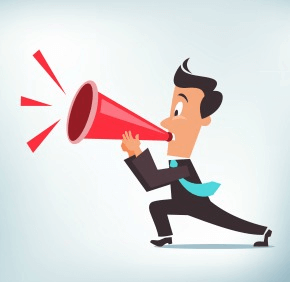 By George P. Matysek Jr.
gmatysek@CatholicReview.org
“All done, Jesus!”
Those were the words shouted by the 20-month-old daughter of some friends of mine while 10 minutes of announcements were read near the end of a recent Mass in Howard County.
Out of the mouth of babes springs wisdom?
It seems that in some parishes, announcements have become more a test of patience than a time to inform parishioners of special activities in the community.
Because of the nature of my job, I’ve attended Mass in many parishes throughout the Archdiocese of Baltimore. As outlined in the General Instruction of the Roman Missal and as was properly done at my friends’ parish – albeit too long for some – announcements seem to almost always be made following the prayer
after Communion.
I’ve also witnessed them, however, proclaimed prior to the offertory procession. Sometimes they are worked into the homily. Most egregiously, I once watched a priest remind parishioners of some sort of parish fundraiser while he was purifying the chalice after Communion. Was that announcement so important it had to be made while parishioners were still kneeling in prayer?
One parish was so intent on Bingo and bake-sale boosterism that it even gave out phone numbers during the announcements, as if those listening were mavens of memorization.
There needn’t be a rush to get to announcements, as though they were some essential part of the liturgy. Why not put on the brakes and give people a bit of quiet time to pray before bombarding them with a recitation of events they can read in the bulletin, on their parish’s website, on the church’s Facebook page or in emailed communications?
Not all parishes are offenders, but in those that are, I see people leave Mass when announcements run long. I don’t condone their inability to make the small sacrifice of sitting through a long-winded proclamation, but why drive people away? I suspect some people may be tuning out the announcements altogether.
Parish leaders are well-intentioned in informing their congregations of what’s going on. Good people put in a lot of time and effort in planning social activities, outreach projects and spiritual gatherings, and they want as many people to attend as possible.
And don’t get me wrong, if the Knights of Columbus are holding their monthly breakfast after Mass or there’s a spiritual retreat scheduled later in the day, go ahead and encourage folks to attend. But, lest the announcements become a source of irritation or distraction, let’s keep them brief and limited to key information.
Let people “go in peace” when the Mass is ended. Let’s not have them go disgruntled by announcements that go on forever.
George P. Matysek Jr. is assistant managing editor of the Catholic Review.
To read more Amen columns, click here.
PrevNext