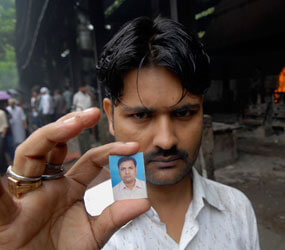 VATICAN CITY – Indian bishops called for unity in the country’s fight against terrorism a day after three bombs in Mumbai left at least 17 people dead and more than 140 injured.

“We believe this is a moment in which the entire nation needs to be united in order to face terrorism with the greatest resolve. United in the spirit of brotherhood, we will be able to overcome the powers that are trying to destabilize our country,” said a July 14 statement from the Indian bishops’ conference.

The bishops offered condolences to the families of the dead and expressed hope for a speedy recovery of the injured, many of whom were rushed to the city’s hospitals.

“Violence is never an enduring solution to any social problem, and to indulge in violence only brings misery to other human beings. Mumbai, unfortunately, has once again become a victim of senseless violence carried out by elements that are terribly misguided: this must be battled in every way,” the statement said.

The bishops appealed to the Indian government to do everything possible to stop the terrorists. The entire Indian society, they said, should work together to oppose the “nefarious designs of criminal groups” in the country.

In 2008, Mumbai, India’s financial capital, was struck by a series of bombing and shooting attacks by Islamic terrorists that left 164 people dead.

Cardinal Oswald Gracias of Mumbai told Vatican Radio that people in the city had responded to the latest attacks with a spirit of cooperation.

“People come out to help regardless of religion, caste, community, race. Everybody comes together to help those who are in difficulty,” he said.

“You can see a spirit of solidarity, helpfulness, and resilience certainly,” the cardinal said. “On the other hand there is a little anger that this is happening over and over again. Mumbai has been on the receiving end for a long time.”