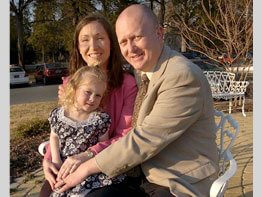 VATICAN CITY – No fully moral solution exists for dealing with frozen embryos, not even the idea of adopting or “rescuing” abandoned embryos to bring them to full development and birth, Vatican officials said.

“It is worse than a dead end, which has only one way out; this has none,” said Bishop Elio Sgreccia, former president of the Pontifical Academy for Life, who helped prepare the Vatican’s new bioethics document.

After years of study and debate over the morality of adopting frozen embryos, the Vatican did not rule out the practice, but the document released Dec. 12 by the Congregation for the Doctrine of the Faith said the idea raises serious ethical concerns.

“It needs to be recognized that the thousands of abandoned embryos represent a situation of injustice which in fact cannot be resolved,” said the document, “Dignitas Personae” (“The Dignity of a Person”).

The only completely moral way of acting is to stop creating and freezing embryos, which have the dignity of human beings, said the document.

Speaking at the Vatican press conference to explain the document, Bishop Sgreccia told reporters: “The basic advice, explicitly stated in the document, is that embryos must not be frozen. It is one of those actions that has no remedy. Once it is done, correcting it implies committing another error.”

Archbishop Rino Fisichella, current president of the academy, told reporters that “the discussion is still open” and the Vatican has not ruled out the possibility of embryo adoption completely, although it is leaning toward a completely negative judgment because embryo adoption involves the future parents in an immoral process.

Maria Luisa DiPietro, a professor of bioethics at Rome’s Catholic University of the Sacred Heart and president of the Italian Science and Life Association, said that 50-80 percent of frozen embryos do not survive thawing and a significant percentage of those that remain viable will have serious abnormalities.

“I doubt that a woman would accept the transfer of embryos independent of the condition they are in,” she said.

Most likely the couple and the treating physician would insist on pre-implantation testing and selection, “adding a further injustice,” DiPietro said. “This is one of the reasons that led to prudence” in the Vatican document.

In the end, DiPietro said, the most morally acceptable practice might be to keep the embryos frozen until they naturally are no longer viable.

When asked if the principle of a “lesser evil” might legitimate adopting the embryos to give them life, Jesuit Father Federico Lombardi, Vatican spokesman, said that the church always has condemned freezing embryos “and does not have an obligation to indicate a moral way out.”

The new document said that embryo adoption, “solely in order to allow human beings to be born who are otherwise condemned to destruction,” is “praiseworthy with regard to the intention of respecting and defending human life.”

The practice “presents, however, various problems not dissimilar to those mentioned above” in the document’s discussion of the morally unacceptable practice of making the embryos available to “infertile couples as a treatment for infertility,” it said.

The document specifically cited ethical norms that make “artificial heterologous procreation illicit as well as any form of surrogate motherhood.”

Heterologous procreation refers to procedures in which both the egg and the sperm come from donors other than the couple having the baby.

Many Catholic moral theologians and other church leaders had hoped the document would resolve a lively debate over the morality of adopting abandoned embryos and having them implanted in a woman’s womb with the hope of bringing them to term and welcoming the child into a loving family.

Some theologians have said that, since a central criterion for making bioethical judgments is the defense of the right to life even though the creation and freezing of the embryos is immoral, rescuing them from long-term freezing and possible destruction is not only morally acceptable, but laudatory.

Others have argued that giving birth to a baby conceived immorally would be cooperation in that immoral act; that it would involve surrogate motherhood, which is also condemned by the church; and that it involves the adoptive parents in embryo-transfer procedures, which are themselves illicit because they separate fertility from sexual intercourse between a husband and wife.

Also, moral theologians have expressed concern about the fact that adoptive parents would themselves have to keep the embryos frozen until the adoptive mother reaches the optimal point in her monthly cycle and that the choice of which embryos to adopt – for instance, based on the donors’ race – could involve the adoptive couple in treating the embryos as a commodity.

In addition, some moral theologians have expressed concern that if the church says embryo adoption or “rescue” is morally permissible it could appear to the public to be agreeing that some good can come from a process that it says is always morally wrong.

According to the Embryo Adoption Awareness Center, run by Nightlight Christian Adoptions, there are almost 500,000 frozen embryos in storage in the United States. The California-based adoption agency said in September that since 1998 its embryo adoption program had led to the birth of 170 babies and that 26 women were pregnant with formerly frozen embryos.