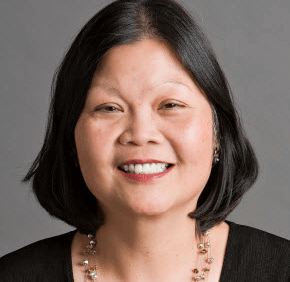 When I first heard about Operation Rice Bowl at my parish in America, I thought they were talking about something I knew so well from Chinese culture. I don’t have to tell you that the Chinese people eat a lot of rice – you have been to enough Chinese restaurants and seen enough Chinese landscapes with rice paddies to know that. But rice bowl was a term I heard all the time, and not just at mealtimes.

Growing up in Hong Kong, rice bowl indicated our overall well-being. If you say you have “a new rice bowl,” you have found a new job or started a new business. An “iron rice bowl” means your future prosperity is assured. A “solid rice bowl” is a good indication that you have a sure way to make a living. If you say, “My rice bowl is broken,” well, maybe you have fallen on hard times. And so on.

When you use rice bowl this way in Chinese culture, you are really talking about your livelihood. I have found no real equivalent in American English. It is some combination of steady paycheck and nest egg.

So, when I first heard about Operation Rice Bowl, that’s what came to mind. And, really, I was not far off.
Operation Rice Bowl, which started in 1975 around the time I came to the United States, is now a mainstay of the Lenten season in the Catholic community in this country. It is such a beautiful expression of Lent, used especially as a way for parents to teach children not just about sacrifice and how central that is to our faith, but also about the poor people of the world. It can lead them to realize that there is more to their family than parents and siblings – that we are all God’s children, all part of one human family.

What a profound lesson. This cardboard box can form the foundation of a lifetime of not just giving and sharing and sacrificing, but of real solidarity with poor men, women and children, wherever they might be in the world. Can there be a better, more important lesson to learn during Lent?

The small sacrifices asked by Operation Rice Bowl – a handful of coins, a smaller meatless meal, a brief fast – add up to a real force, but they still seem tiny when you understand the poverty that is a daily reality for so many millions in the world. That is why Catholic Relief Services exists: to serve you by giving you a way to reach out to those who are poor, as the Gospel tells us we must.

With your help, CRS works to make sure that everyone has a rice bowl – a solid rice bowl and even an iron rice bowl, one that will feed them and their families now and for generations to come.

Woo is  president and CEO of Baltimore-based Catholic Relief Services, the official international humanitarian agency of the Catholic community in the United States.