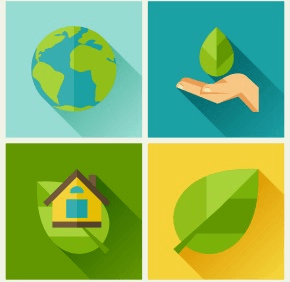 In December 1531, Our Lady appeared to Juan Diego near the hill of Tepeyac just as the first bishop of Mexico, Fray Juan de Zumarraga, was losing hope that the fledgling church established in this ancient land would ever take root among the native people. So soon after the conquest led by Hernán Cortes, which saw the slaughter of hundreds of thousands and the destruction of ancient native civilizations like the Aztec, there was a deep distrust of their Spanish conquerors and this new religion called Christianity.
It was not until Our Lady’s image appeared on Juan Diego’s tilma and was displayed for veneration that true conversion and healing from the conquest began to take root among the people and baptisms were celebrated in the thousands. The image, with its colors, symbolism and constellations from their culture, spoke in a way that the native people could understand and ultimately accept.
This heavenly intervention helped bring about reconciliation and to unite a diverse people into a single nation that is now México. That is why even today Catholics, Christians, people of faith and even non-believers consider themselves Guadalupanos.
This land of ancient civilizations, colonialization and deep faith was the setting for a seven-week immersion experience this summer in Mexico City. Seminarians Matt Himes, Zachary Crowley and I attended weekly classes in the Spanish language, Mexican history, Hispanic ministry and frequent field trips across the country. All brought into a much clearer focus a people, culture, language and nation that find deep expression in our Catholic faith and veneration of Our Lady of Guadalupe.
These proud and faith-filled people try to find a seat in a packed church for Sunday Mass, humble themselves in prayer before the Lord in frequent Eucharistic adoration, wait in long lines for the sacrament of reconciliation and come to venerate and pray to Our Lady of Guadalupe that, despite the hurts of the past and struggles of the present, she might continue to unite them as a people formed from many distinct cultures and expressions of faith.
Now back in my parish and changed for the good, I find myself praying to Our Lady that what she so magnificently began with a humble native Indian on his way to catechism class in December 1531 might find fulfillment and renewal in our own archdiocese in and among a diverse group of disciples who are called to become “one body, one spirit in Christ.” To be missionary disciples does not mean we have to travel to another country; it does mean, however, that we need to journey toward one another.
That journey can be as close as the person sitting next to us in our pew, the homeless person finding comfort in a meal at Our Daily Bread or even the family from another country that might express their faith in a different language or culture that is standing outside our church door yearning to be welcomed and embraced.
If Our Lady can forge a nation out of the chaos of conquest and warring native factions surely she can intercede for us so that we might become one church, healed of all divisions. Might we one day proclaim that we are all Guadalupanos.
Father Bialek is pastor of Resurrection of Our Lord in Laurel.

Rowdiness to reflection in Federal Hill