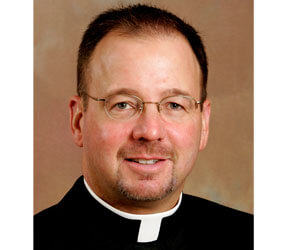 WASHINGTON – Catholics in the United States will begin using the long-awaited English translation of the Roman Missal on the first Sunday of Advent in 2011, Cardinal Francis E. George of Chicago said Aug. 20.

The cardinal’s announcement as president of the U.S. Conference of Catholic Bishops marks the formal beginning of a more than 15-month period of education and training leading to the first use of the “third typical edition” of the Roman Missal at English-language Masses in the United States on Nov. 27, 2011.

The missal, announced by Pope John Paul II in 2000 and first published in Latin in 2002, has undergone a lengthy and rigorous translation process through the International Commission on English in the Liturgy, followed by sometimes heated discussions over particular wording at USCCB general assemblies during much of the past decade.

The USCCB said April 30 that the Vatican has given its “recognitio,” or confirmation, of the new English translation of the missal, but final editing by Vatican officials was continuing at that time.

He added that the U.S. Catholic Church “can now move forward and continue with our important catechetical efforts as we prepare the text for publication.”

“I am happy that after years of preparation, we now have a text that, when introduced late next year, will enable the ongoing renewal of the celebration of the sacred liturgy in our parishes,” he said.

The changes to be implemented in late 2011 include new responses by the people in about a dozen sections of the Mass, although changes in the words used by the celebrant are much more extensive.

At several points during the Mass, for example, when the celebrant says, “The Lord be with you,” the people will respond, in a more faithful translation of the original Latin, “And with your spirit.”

The current response, “And also with you,” was “not meant as ‘you too’ or something like ‘back at you,’ ” Father Richard Hilgartner, associate director of the USCCB Secretariat of Divine Worship, told Catholic News Service. Rather it is “an invocation to the priest as he celebrates the Mass, a reminder that he is not acting on his own, but in the person of Christ” – a distinction that the new language will highlight, he said.

“The order and structure of the Mass will not change at all,” he added, but Catholics will see some new texts for prayers, new observances for saints added to the church calendar in recent decades and such additions as a Mass in thanksgiving for the gift of human life and an extended vigil for Pentecost, similar to the Easter Vigil.

Father Hilgartner, a Baltimore native, is a graduate of Calvert Hall.

Since mid-April, Monsignor Anthony Sherman, director of the USCCB divine worship secretariat, and Father Hilgartner have been conducting workshops around the country for priests and diocesan leaders on implementation of the new missal. The workshops will continue into November.

Monsignor Sherman said participants often tell him that they had seen introducing the new missal as “an absolutely impossible task” before the workshop but said afterward, “I think I can actually do this,” especially because of the wealth of resource materials that will be available to them.

The USCCB has prepared a parish implementation guide that includes a detailed timeline, bulletin inserts, suggestions for homilies and adult education classes on the liturgy and a wide variety of other resources. Audio, visual and print resources for priests, liturgical musicians and laypeople also are available now or in the works.

Sister Janet Baxendale, a Sister of Charity of New York who teaches liturgy at St. Joseph Seminary in Dunwoodie, N.Y., and its Institute of Religious Studies, is a consultant to the bishops’ Committee on Divine Worship. She said the new translation has been needed for a long time.

When the Second Vatican Council endorsed a new missal and permitted Catholics around the world to begin celebrating Mass in their local languages, the translation work that followed “was at its best a rush job,” she said. The Vatican’s translation principles at the time also favored “a looser construction, with the thought that in this way it could be adapted to various people more readily,” she added.

“As time went on, it became evident that … in many instances, the richness and power of the Latin text didn’t really come through,” Sister Janet said. “This was true of all the translations, not just the English.”

Father Hilgartner said Pope Benedict XVI has placed his own personal stamp on the liturgical changes by adding two new options for the dismissal prayer at the end of Mass, emphasizing the “connection between the Mass and living the Christian life.”

In place of the current “The Mass is ended, go in peace,” celebrants will be able to choose from four options, including the pope’s suggestions – “Go and announce the Gospel of the Lord” and “Go in peace, glorifying the Lord by your life.”

There has been a lot of enthusiasm at the workshops for those added texts – “an audible kind of ‘oooh,’” Father Hilgartner said. “There’s a reaction of some awe and enthusiasm for just these two phrases, and I think that’s worth getting excited about.”