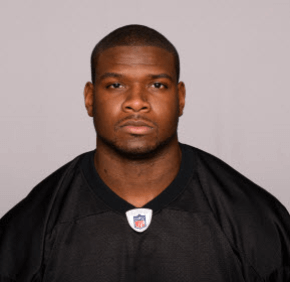 The life of a National Football League player is highly structured, particularly on game day, when mandatory meals and meetings preclude distraction.

At some point Thanksgiving morning, however, Terence Garvin will attempt to steal a few minutes in front of a flat screen and watch a high school game on Baltimore’s WMAR Channel 2.

The 94th annual Turkey Bowl between Calvert Hall and Loyola Blakefield will be played Nov. 28 at 10 a.m. at Towson University’s Johnny Unitas Stadium.

The Cardinals and Dons usually play at M&T Bank Stadium, but it will be preparing for that night’s game between the Ravens and Pittsburgh Steelers, whose roster includes Garvin, a rookie linebacker and special teams player out of Loyola who has an abundance of fond memories of Thanksgiving Day on that turf.

“There is nothing like the Turkey Bowl,” said Garvin. “My dream was always to reach the NFL and play in a stadium like this (M&T Bank) … I never thought I would be back so soon.”

An undrafted rookie free agent out of West Virginia University, Garvin is only five years removed from the last of his four Thanksgiving Day victories over Calvert Hall, which came by a combined score of 126-23.

As a freshman in 2005, Garvin was brought up to varsity for the game. He broke into the starting lineup as a sophomore, led Loyola Blakefield to a share of the Maryland Interscholastic Athletic Association A Conference title as a junior and as a senior, in 2008, stood out for a team that beat Calvert Hall 36-0 to cap the Dons’ first unbeaten season since 1960.

“Terence’s senior year coincided with my first year here,” said Anthony Day, who came to Loyola Blakefield as its principal and is now its president. “I wanted to know what it was like to be a senior here, and who better to do that than the ones who were heavily involved?

“Leon Kinnard, our quarterback, broke his leg early in the season, but the team rallied behind guys like Terence, who was a quiet leader. He worked his tail off, and was a grinder in the classroom. Terence knew he needed to have the grades in order to take advantage of the opportunities coming his way.”

Garvin, who entered Loyola Blakefield’s middle school as a sixth-grader and was also a basketball starter for the Dons, credits his seven years there with helping him land a spot in the NFL as a 22-year-old.

“I learned about structure, being on time,” Garvin said. “Loyola groomed me. It was like college. You do the wrong thing, there are going to be consequences.”

The Baltimore-Pittsburgh rivalry is one of the best in the NFL, so Thanksgiving Day will be like old times for Garvin, who remembers Brant Hall, (Loyola Class of 1998), now the Dons’ head coach but an assistant when he played for the Dons, fanning the Turkey Bowl flame.

“Coach Hall would get mad at us if we wore red,” Garvin said, referencing a Calvert Hall color.

‘The Blind Side’ grows in Baltimore