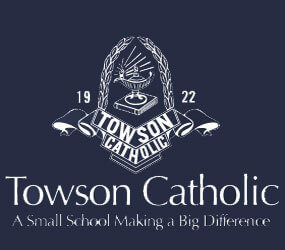 The parish-run school faced a decline of more than 80 students in the fall, representing approximately one-third of last year’s student body.

The school had more than 240 students last school year, but only 163 had enrolled for the 2009-10 school year, according to a statement from the Archdiocese of Baltimore.

It was the largest one-year decline on record for the school.

According to a July 7 letter written by Monsignor F. Dennis Tinder, Immaculate Conception’s pastor, and Clare Pitz, the school’s principal,, Towson Catholic projected a total budget deficit of more than $650,000. That number included more than $160,000 in unpaid tuition from the past school year.

In addition, the school laid off 11 teachers and staff members in the last year to address budgetary issues.

According to Immaculate Conception’s Web site, the school averaged about 250 students a year in the last decade.

“We want you to know that our administration has made a valiant effort at survival, but the tidal wave of this dire economy has proven to be no match for us,” Monsignor Tinder and Pitz wrote in a letter sent home to Towson Catholic families.

Lois Windsor, president of Towson Catholic Parents Association, said her daughter, Elisa, was “devastated” about the closing. Elisa was a rising senior at Towson Catholic and faces a summer of looking for a new school with her family.

“They truly felt like they owned the school,” Lois Windsor said of the students. “They loved it.”

Archbishop Edwin F. O’Brien acknowledged such passion in a July 8 statement released by the archdiocese.

“I am deeply saddened by the closure of Towson Catholic and troubled by the circumstances that seemed to have left the parish and school board with no other choice,” the archbishop said. “The closing of this beloved institution is a source of pain for students, teachers, alumni and the parish.”

The 20 faculty and staff of Towson Catholic were officially told of the closing July 8.

A meeting is scheduled for July 14 for families to meet with other Catholic high schools in the area.

“My heart goes out especially to those seniors who were preparing to begin their final year at TC and we are exploring every available option to provide for their unique and special circumstance,” the archbishop said. “Equally deserving of our support is the pastor, Monsignor Tinder, as well as the board and administration of the school. They expended great energy and countless hours to save the school from this fate. I am grateful for their commitment to Towson Catholic and to the students and faculty.”

The school hired a consultant to help boost enrollment in the last year, the archbishop’s statement said.

Towson Catholic became the fourth Catholic school in the archdiocese this year, but the first high school, to announce it will not reopen next fall due to low enrollment. It joins three elementary schools, St. Michael in Frostburg, Catholic Community School in Baltimore and St. Mary in Govans.

Towson Catholic was the oldest Catholic co-educational high school in the archdiocese. With its closing, two co-ed parish Catholic high schools remain, Our Lady of Mount Carmel in Essex and St. Mary’s in Annapolis.

“My prayers are with the Towson Catholic family today,” the archbishop said, “and will be for the days ahead, and I offer my assurance that everything possible will be done to meet the needs of every student, teacher and staff member impacted by this painful but necessary decision.”