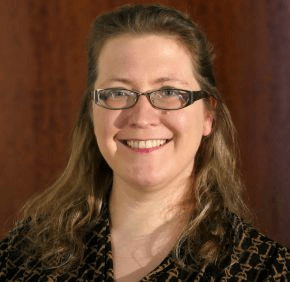 Recently, hackers broke into the databases of Ashley Madison, a “dating service” for people intent on cheating on their spouses. They revealed names, street addresses and payment transactions.

Among the named were celebrities, such as TV star Josh Duggar and YouTube vlogger Sam Rader – both have advocated traditional Christian marriage in public but obviously had a different opinion while off-camera.

Sam Rader said his wife has forgiven his wandering inclinations. If Rader has realized what he’s done wrong and made steps to atone, that’s great. But I wonder if that’s going to be enough for them. I know that his wife will struggle with trust issues. When my trust in a friend was broken, I struggled.

I know because it happened to me. My college roommate left her public blog open on her computer. I caught sight of it accidentally and started reading. I thought we were the best of friends. On the blog, though, she talked about how much she hated me, how ugly I was. She put all the darkest secrets I’d told her online for the world to see.

The trust I had for her, built painstakingly over three semesters and one spring break, shattered instantly. Although she apologized, our friendship never returned to the comfortable closeness we’d once had. I was too afraid to tell her my secrets. I was afraid of what she’d say. Eventually, we stopped hanging out. Now, we’re not even Facebook friends.

Trust is hard to earn and yet so fragile. You spend years convincing your parents that you can be trusted, but a little bad behavior can shatter their trust.

Talk nastily about someone behind their back, and they’ll have a very good reason not to trust you if they hear about it. Lie to your boss or your teacher and they won’t believe you when you truly are having trouble getting to class or work.

Don’t be Chicken Little, don’t go around hollering to everyone that the sky is falling when things are just fine. Someday, when the sky does fall, there won’t be enough trust between you and your audience to make anyone pay attention.

If you’re going to go against your promises, whether it be in a marriage, relationship or friendship, you need to understand that trust is a precious commodity that, once lost, may never return.

Look at Duggar and Rader today. They were idolized and now are reviled. There’s little they can do to restore their reputations. It’s one thing to say you have family values, but it’s another to walk that path. If you want people to trust you, you must walk the walk when you talk the talk.

Karen Osborne is a columnist for Catholic News Service and a former visual journalist with the Catholic Review.