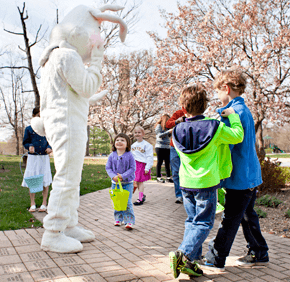 Paul McMullen
pmcmullen@CatholicReview.org
If the U.S. Conference of Catholic Bishops needs stock footage of baptisms and first Communions, we have it, as my Mary just transferred to DVD some 40 hours of 8-millimeter video we taped in the 1990s, when 20 of our children, grandchildren, nieces and nephews were in the formative stage.
When the flat screen showed our youngest coming down the stairs on Christmas morning 1999, it put me in the way-back machine and in the mood for Bing Crosby.
Music on the turntable was the signal to the brothers McMullen that we were clear to barrel down from our attic bedroom on the morning of Dec. 25. Most years, that sound was Crosby’s seminal record album, “Merry Christmas.”
It opens with “Silent Night” and “Adeste Fideles/O Come, All Ye Faithful,” as moving a gathering hymn as any. Tracks 3 and 6, reminders of the Greatest Generation, oil the tear ducts.
Crosby recorded Irving Berlin’s “White Christmas” in 1942, and “I’ll Be Home for Christmas” a year later. In December 1944, as my father and the rest of the 2nd Army readied for the Battle of the Bulge, you can picture those men listening to those songs, which evoke hardship and sacrifice.
The baby my mother is cradling in the accompanying photo, taken Easter Sunday 1955, is me. There are six kids 8 or younger. Church Street was not Easy Street, but my parents made Christmas special.
My father shuffled bills like a poker hand, deciding which creditor would have to wait, as he budgeted for the Western Auto in the Ritchie Shopping Center, the source of Radio Flyer wagons and Baltimore Colt helmets and James Bond attaché cases, and, I suppose, dolls and girls’ stuff too.
My father did splurge on himself in one area. While the rest of America tapped its feet to Mitch Miller and Lawrence Welk on a tinny TV set, our household heard Duke Ellington and George Gershwin, out of massive stereo speakers in hardwood cabinets.
I never thanked my father for my musical snobbery.
He thought of country as hillbilly music, which is a pity, because he would have appreciated “If We Make It Through December.” A newsroom mentor turned me on to Merle Haggard, who 40 years ago wrote and recorded that song about a father “laid off down at the factory,” fretting about how his little girl cannot “understand why Daddy can’t afford no Christmas cheer.”
That father worries that he has few blessings to give his child; mine lived to share his.
Most years my household can take in the song only once, but it needs playing, as 50 workers at a steel plant in Essex, my zip code, just lost their jobs. Many outreaches, thank God, make it a point to provide a Christmas for children who otherwise would not have one, but what happens come Dec. 26?
Haggard’s song is an evergreen, as poignant in July as it is in December. It’s a message of empathy, such as the Sermon on the Mount or the seemingly daily preaching we hear from Pope Francis, about caring for all, whether they be unemployed or homeless, elderly or unborn, suffering from addiction or poor in spirit.
For all its bleakness, there is hope in “If We Make It Through December,” that as the snow falls, the father and his family “got plans to be in a warmer place come summertime.”
Pope Francis is telling us that we are that hope, the hands of Jesus.
PrevNext