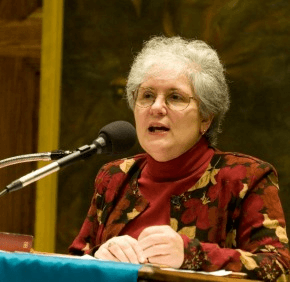 By Keith Meisel
Special to the Review
TOWSON – Speakers at the 6th Symposium for Catholic Medical Professionals offered encouragement as well as guidance to the 125 health care professionals who attended the event at the University of Maryland St. Joseph Medical Center April 16.
The theme was “Medicine, Mercy and the Domestic Church.”
“Clearly, we are taking our cues from Pope Francis, who has declared this to be a Jubilee Year of Mercy,” Archbishop William E. Lori said in his homily at a Mass that opened the symposium.
Among the issues addressed by Dr. Pat Fosarelli, the keynote speaker, and panelists Fred Schneider, Kathy Moore and Jenny Mohler were:
• Relieve suffering, not just pain;
• Provide a ministry of presence for patients who feel alone;
• Offer support to meet spiritual as well as social, psychological and biological needs; and
• Find strength from grief.
“We have to return to the idea that medicine is a ministry. We need to return to that, at least in our own hearts. That is how our profession will be changed, heart by heart,” said Fosarelli, who teaches at St. Mary’s Seminary and University in Baltimore and is a part-time member of the faculty at The Johns Hopkins University School of Medicine.
Fosarelli said it was 25 years ago, when she was practicing at Hopkins and “doing good work,” that she thought, “Is this all it is? It feels like something is amiss. So I went back to theological education. I needed to get back on track.”
Medicine, which, “is impacted by societal changes just as everything else is,” also needs to get back on track, she said.
She urged the nurses, physicians, physician’s assistants, social workers and counselors who filled the meeting room to:
• Respect every patient. “If you can’t see Christ in that person, they had better see Christ in you.” she said.
• Show empathy for suffering. “Pain is mediated by nerves in the body. Suffering encompasses the whole human,” she said.
• Be honest. “You have to tell the truth at some point,” she said, urging her listeners to take the time necessary to provide the most compassionate as well as honest assessment of the situation.
• Mohler, a clinical social worker, was accompanied to the event by her husband, John, and their three children, 4, 2 and six weeks.
She related the loss of their second child. A sonogram in the 19th week of that pregnancy showed a skeletal dysplasia that meant the baby would not live for long after birth.
There was no question, she said, that she would not terminate the pregnancy. Joseph Angelo Mohler was born 1 1/2 months early. He died an hour after he was born. That was enough time for him to be baptized, held by all four of his grandparents as well as his parents, and loved by his family Mohler said.
“There was so much more joy than sadness,” she said.
Mohler urged the audience to consider groups such as Isaiah’s Promise (www.isaiahspromise.net) for support during these difficult and often tragic early pregnancy situations.
“Don’t forget the spiritual component,” she said.
Fosarelli had echoed that sentiment during her presentation.
“Pray, not only for yourself. Pray for those you care for,” she said.
The church’s presence is very important for those dying and for the patient’s loved ones, said Schneider, a longtime supervisor of bereavement who worked in the hospice field “for many years.”
“Death first became my teacher when I was 17 years old. It was 1965,” he said. “In that year, my grandfather died. A beloved neighbor, who was like a grandmother to me, died.”
Several months later, his 19-year-old sister, then an oncology nursing student at Bon Secours Hospital, died of cancer. Her death followed several misdiagnoses regarding back pain that progressively worsened, Schneider said.
Though she wanted so much to come home, she never left the hospital, he said.
“There was no hospice in those days,” he said.
“I think it is so important for the church to be there,” Schneider said. “There is a physical dimension to grief. There is an emotional dimension to grief. There is a spiritual dimension to grief.”
Kathy Moore is part of the ministry of caring at St. Katharine Drexel Parish in Frederick, where it addresses the physical, emotional and spiritual needs of the sick.
Volunteers, said Moore, a registered nurse, wife and mother of six, help “those in need bear their burdens and indeed share them.”
She said the group supplies companionship, meals, transportation, help with household tasks and respite care.
Her presentation was of particular interest to Carole Hires and Mary Joan Foley. Both retired nurses are members of St. Mary’s Church in Annapolis, where they are interested in getting a health ministry started.
“It has been wonderful, listening to other people’s experiences,” said Hires, a Towson native who moved back to Maryland from New Jersey with her husband.
“I loved taking care of people,” said Foley, a wife and mother of six who was happy to add that both her twin sister and daughter-in-law are nurses and her grand-daughter is interested in the profession.
See also:
Archbishop joins Church of the Nativity to break ground for expansion
Catholic Churches of Glen Burnie celebrate seniors
PrevNext