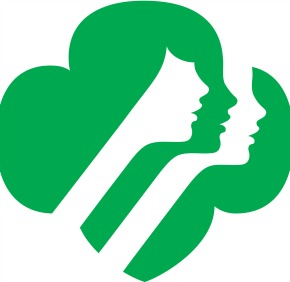 ST. LOUIS – The Archdiocese of St. Louis has formed a new Catholic Committee for Girls Formation that is being charged with ministry to all girls in the archdiocese.
Archbishop Robert J. Carlson announced the new committee in a Feb. 18 letter to priests, scouting leaders and the faithful of the archdiocese. The letter reiterated the ongoing concerns with the values and policies of Girl Scouts USA, which he said are “becoming increasingly incompatible with our Catholic values.”
“While continuing to serve our Catholic girls involved in various scouting programs, this committee will also reflect our ongoing commitment to educating and forming all young women,” he wrote.
Archbishop Carlson appointed Barb Hussey and Katie Cannavan as co-chairs of the new committee. Hussey, a member of St. Gerard Majella Parish in Kirkwood, was chairperson of the recently disbanded Catholic Committee on Girl Scouts. For years, she has promoted nearly a dozen faith-formation award programs offered to youths in the archdiocese. Cannavan is coordinator of an American Heritage Girls troop at St. Joseph Parish in Cottleville.
“I’m looking forward to a sense of cohesiveness and moving forward for the good of the girls,” Hussey told the St. Louis Review, archdiocesan newspaper. The faith-formation programs, which teach youths about Mary, the saints, the Holy Spirit and the rosary, among other topics, are open to all youths, regardless of affiliation with a scouting organization.
“They come together and sit at the table, and they don’t know who has what affiliation,” Hussey said. “They just know that they share the same faith.”
Prior to getting involved in American Heritage Girls, a Christian-based scouting organization, Cannavan didn’t know much about the faith-formation programs available to girls in the archdiocese. Now she’s looking forward to promoting them.
Cannavan said her troop at St. Joseph has refocused its efforts this year to require her girls to complete at least one faith-formation program. “It really is about building a new generation of Catholics, in leadership and in faith. (The programs) are there to serve as a resource and link the church together.”
In his letter, Archbishop Carlson said Catholic officials at both the diocesan and national levels have expressed concerns about Girl Scouts USA and the London-based World Association of Girl Guides and Girl Scouts, known as WAGGGS.
Concerns include, he said, the world association describing itself as advocating for the education of girls and young women and promoting “sexual and reproductive health/rights.” He also said Girl Scouts USA makes financial contributions to WAGGGS, based on number of registered Girl Scout members.
The archbishop said another concern was that Girl Scouts USA promotes and partners with organizations that “conflict with Catholic values,” such as Amnesty International, Coalition for Adolescent Girls, OxFam and others. The groups, he said, advocate for “reproductive rights” among other things.
In previous statements Girls Scouts USA has said it does not have “the ability or purview to criticize, explicitly distance itself from, or change particular advocacy positions within WAGGGS.” It also said its contributions to WAGGGS are only from investment income and not from cookie sales, dues or registration fees.
The Girl Scouts’ national office has a neutral policy on sexuality and contraception but it doesn’t “prohibit individual councils or troops from taking a position or sponsoring programming on human sexuality or other topics” if the troop has parental consent and other approvals.
In a response to Archbishop Carlson’s letter, Bonnie Barczykowski, head of the Girl Scouts of Eastern Missouri chapter chief, told The New York Times it was a “misrepresentation of “how Girl Scouts serve girls in the community.”
In the letter, the archbishop asked parishes to evaluate the effectiveness of Girl Scout troops in promoting the Catholic faith and forming young women of virtue. Specifically, he asked pastors to meet with troop leaders and review the concerns and discuss implementing alternative options for girls’ formation.
Catholic Youth Apostolate executive director Brian Miller explained the apostolate remains committed to its ongoing evaluation of the effectiveness of its programs.
“This is all about good youth ministry,” said Miller. “In the same way that we have evaluated Girl Scouts’ effectiveness to form our young Catholic girls as women of virtue, we should be evaluating the effectiveness of all of our programs and whether they are accomplishing the mission: to bring the message of the Gospel to young people.”