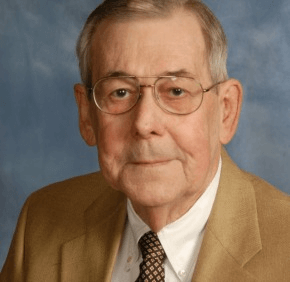 By Elizabeth Lowe
elowe@CatholicReview.org
Willard Dimitri Rykowski, a longtime parishioner of St. Clement I in Lansdowne, was found stabbed to death in his Halethorpe home April 22, according to Baltimore County Police.
Rykowski, 80, had a deep faith, said Deacon Paul Gifford, pastoral life director of St. Clement I.
“He was an example of a loving, gentle, kind, helpful individual, the kind of person you want to know and be with,” Deacon Gifford said. “He was very devoted to the Blessed Mother.”
Police went to Rykowski’s home in the 300 block of Third Avenue in Halethorpe after an acquaintance asked police to check on him, according to Baltimore County Police. When police arrived, they found Rykowski on the floor suffering from multiple stab wounds. He was declared dead at the scene.
Rykowski’s death is under investigation by the Baltimore County Police Homicide unit.
Deacon Gifford said he was “shocked” to learn of Rykowski’s death.
Rykowski, who lived alone and less than two blocks from the parish, typically attended weekday Masses Monday, Wednesday and Friday, Deacon Gifford said. He attended 8 a.m. Mass April 21.
Over the years, Rykowski worked with the parish’s finance council, money counting team, helped fill oil candles and took up the collection, Deacon Gifford said.
Rykowski, a widower, has three adult children, Deacon Gifford said. Funeral arrangements have not yet been made.
Anyone with information is asked to call Baltimore County Police at 410-307-2020.
Also see:
Our Lady of the Mountains parishioner feels at home in Italy with religious men and women
Environmental group hopes steep stormwater fees compel parishes to go green
PrevNext