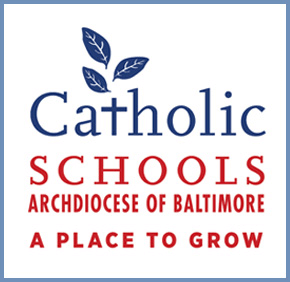 St. Augustine School in Elkridge and Notre Dame Preparatory School in Towson were recognized as National Blue Ribbon Schools Sept. 7 by the U.S. Department of Education.

The National Blue Ribbon Schools award is the highest academic honor bestowed by the education department, recognizing public and private elementary, middle and high schools where students perform at very high levels or where significant improvements are being made in students’ levels of achievement.

St. Augustine and NDP were among 269 across the nation to be recognized with the coveted honor this year. They were two of 50 private schools to receive the honor.

The schools will be recognized at a ceremony in Washington, D.C., Nov. 12, and will receive a plaque and flag signifying their status. Additionally, St. Augustine will hold a community event Sept. 13.

“I’m very proud of our two new Blue Ribbon schools and all our Catholic schools,” Baltimore Archbishop William E. Lori said. “They exemplify the faith and excellence of our schools. I pray that we’ll continue our march to excellence.”

In its 30-year history, the National Blue Ribbon Schools Program has bestowed the award on nearly 7,000 of America’s schools.

St. Augustine becomes the 15th Catholic school in the Archdiocese of Baltimore to receive the honor over the years. NDP, an independent Catholic school, previously received the designation in 1984-85.

“St. Augustine’s designation as a National Blue Ribbon School is a testament to the commitment of the entire school community – parents, students, faculty and administration – to educational excellence,” said Catholic Schools Superintendent Dr. Barbara McGraw Edmondson. “This recognition is an honor not only for St. Augustine’s but for Catholic education in the Archdiocese of Baltimore.”

“We have known for quite some time that we have a great school and now it’s great that that is being affirmed,” Schratz said. “This award is for the whole community.”

Schratz said she knew the award was competitive, but it is “even more competitive than I realized. To be selected, I can’t describe it. It’s so humbling. It gives me such a tremendous feeling of affirmation and success.”

Schratz told the students of the honor during lunch Sept. 7. She said the students were expecting to receive a blue ribbon. St. Augustine has a current enrollment of 275 students. Students in grades 3-8 far exceeded the national average on standardized tests taken last fall.

School Sister of Notre Dame Patricia McCarron, NDP headmistress, said her school is also “honored and humbled” to be recognized not only as one of the finest schools in Maryland, but also in the nation.

“This recognition is a tribute to our exemplary faculty and staff and to our talented students who rise to the challenge every day through their hard work, energy and spirit,” she said. “The Blue Ribbon Award is an honor (that) belongs to our community.”

In 2011, the Middle States Association of Colleges and Schools gave NDP a superb re-accreditation report after reviewing its academic and extra-curricular programs and operational structures.

A special celebration was to be held Sept. 7 inside NDP’s 1,000-seat auditorium, featuring the school band and an address by the headmistress. Special gifts of blue ribbons and blue Almond Joys were to be distributed to students.

“Our nation has no greater responsibility than helping all children realize their full potential,” U.S. Secretary of Education Arne Duncan said in a Sept. 7 news release. “Schools honored with the National Blue Ribbon Schools award are committed to accelerating student achievement and preparing students for success in college and careers. Their work reflects the conviction that every child has promise and that education is the surest pathway to a strong, secure future.”

The following Catholic schools in the Archdiocese of Baltimore have received Blue Ribbon status: