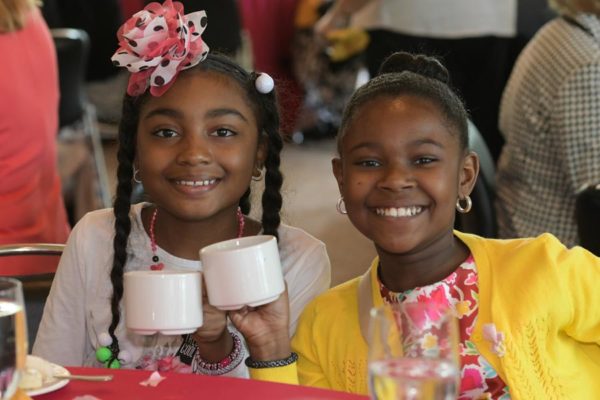 Becoming a future filmmaker, teacher and crime scene investigator were just a few of the dreams shared by fourth- and fifth-grade girls from Ss. James and John Catholic School in Baltimore during a morning tea hosted by the Women’s Education Alliance on the campus of Loyola University Maryland in Baltimore May 3.

Students wore colorful dresses, white gloves, and had their hair done for the special occasion. It was an opportunity for the students to interact with positive women from around the area, according to organizers.

“It means the world to them,” said LaUanah King-Cassell, principal of Ss. James and John Catholic School. “Just being on a college campus – if they can touch it, if they can see it, if they can feel it, they can become it.”

Women’s Education Alliance member Lynda Riley said the gathering is “a very special time for them,” calling Ss. James and John School “a beacon of hope.”